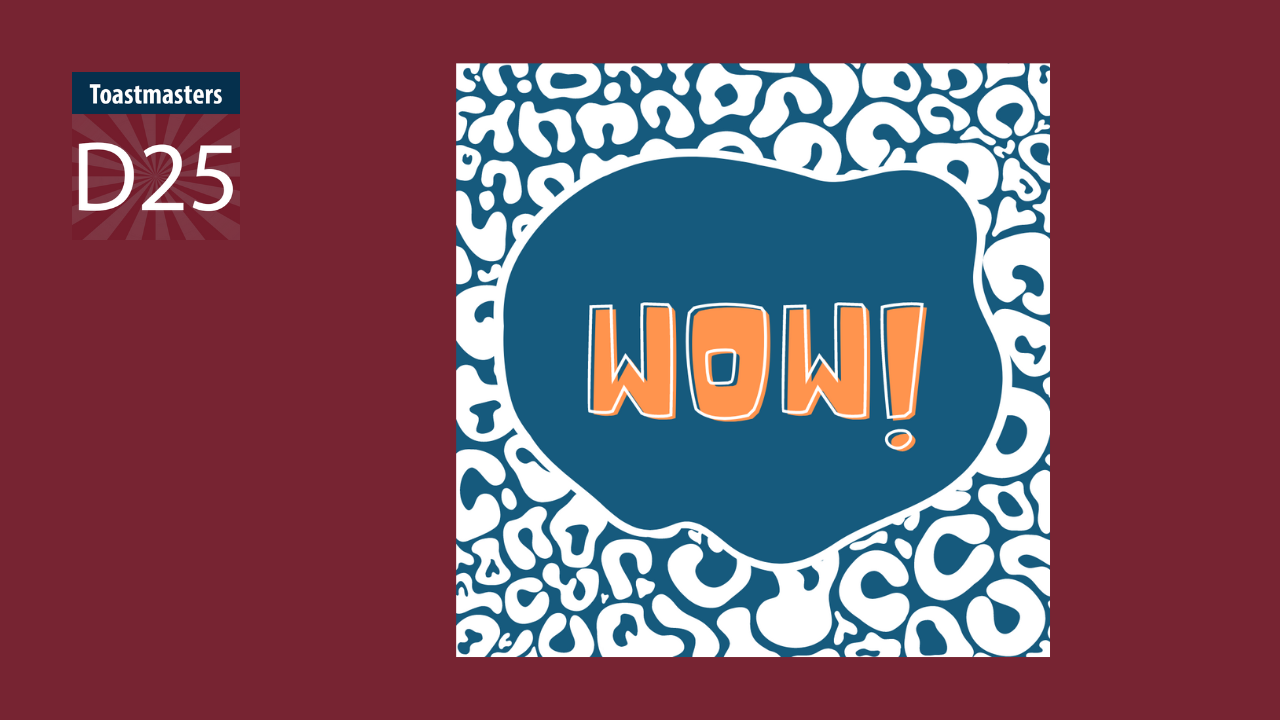 I’m a Toastmaster and not often at a loss for words, but WOW is the best I can give you.

The Semi-finalists for the World Championship were that good. There were 28 of them – they competed in 4 sessions of 7 each – unfortunately, they held concurrent sessions in sets of 2, so I could only attend 2 of the 4 sessions. But I had the privilege of 14 live speeches that just made me go WOW. They were emotional, heart-felt, impactful, and full of lessons both subtle and smack-you-in-the-face. But of all of that, you know what struck me the most? How personal they were. These speakers really laid it bare and put their personal tragedies, tribulations, and triumphs out there for everyone. I think was the most provoking for me because that is an area I personally struggle with – I don’t like to be vulnerable and I tend to deflect with humor instead. I sat there awe-struck and incredibly moved and all I could say over and over again was WOW.

There was no way I could have picked winners or favorites, as much as I enjoy judging Toastmasters speech contests, I am ever so glad I wasn’t called on to judge this competition. And that was the “just” the semi-finals!

Somehow 8 people – 2 from each session – were selected to go to finals. I am inexpressibly proud of our own Fursey Gotuaco for being one of the finalists – even though he was representing a different district. These finalists then had to present entirely new speeches and I don’t know how they did it.

I literally had, and still have, nothing to describe the experience of seeing the Finalists of the World Championship of Public speaking compete live and in person. I’ve watched the videos from years past, and last year the live video feed of course. I thought I knew what it would be like … but I was wrong. I was so wrong. It was so much more. I had chills, I was nervous, I was excited. It was nail-biting and dramatic. The impact of being there in person took the experience not just to the next level, but to a level, I can’t even describe (in case you haven’t noticed, I’m really struggling to put this all into words).

All I can tell you is- don’t pass up the opportunity to see it in person yourself. Compete! Judge! Go to the next International Convention (it’s in the Bahamas in case you need another reason). You want to be part of this inspirational event and process. You absolutely do, because WOW!