Everyone Has a Story to Tell – Peggy Carswell 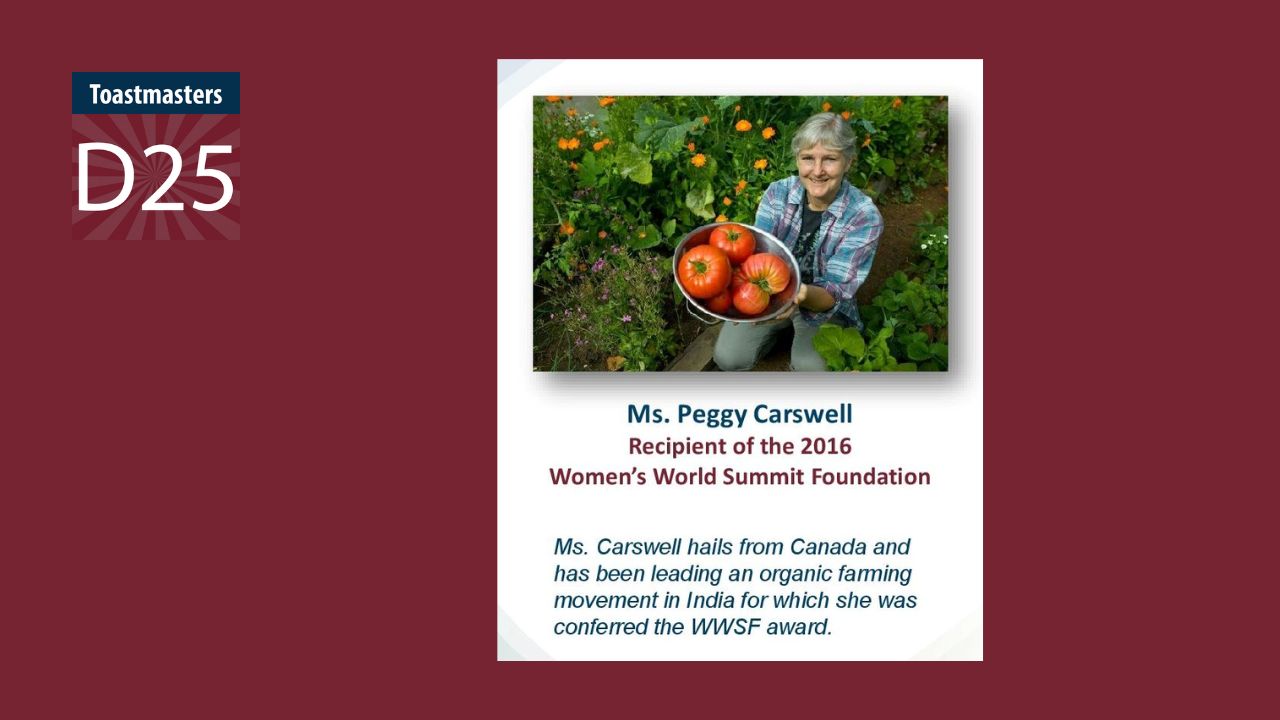 In the many years since I joined Toastmasters, I have connected with many remarkable men and women – they have broken barriers and triumphed over adversities. In January 2021, I had the privilege of organizing two events. The first one was a panel discussion with Dave Bora, an organ donor, and the second one was with Peggy Carswell, an environmental activist.

The second event was a workshop for Highway to Excellence Toastmasters in honor of Peggy Carswell. Ms. Carswell has been working with farmers and tea growers in India showing them organic farming methods. Marylee Mims, past District Governor introduced her. Peggy is the winner of the 2016 Women’s World Summit Foundation award. Peggy hails from Canada and has overcome many challenges such as geographical distance, language, and cultural barriers. Her efforts in coordination with the Canadian non-profit organization Fertile Ground has been successful in connecting small tea growers and farmers in India with resources, training, and educational materials.

In her speech, she shared some of her experiences while working with the people of India – “When I began this journey, I had no idea what lay ahead.  Yes, there have been barriers and challenges.  But my determination to ensure people had access to information needed to grow their crops without becoming reliant on chemical inputs – and the support of so many kind and visionary people, helped me stay on the road and move ahead.”  In my storytelling speech, I introduced Ms. Carswell as someone who stood up for what she believed in and saw it through. My storytelling was followed by an instrumental reflection by Vanessa Rivera and the unveiling of a portrait created by Hirak Medhi, a young artist from India.