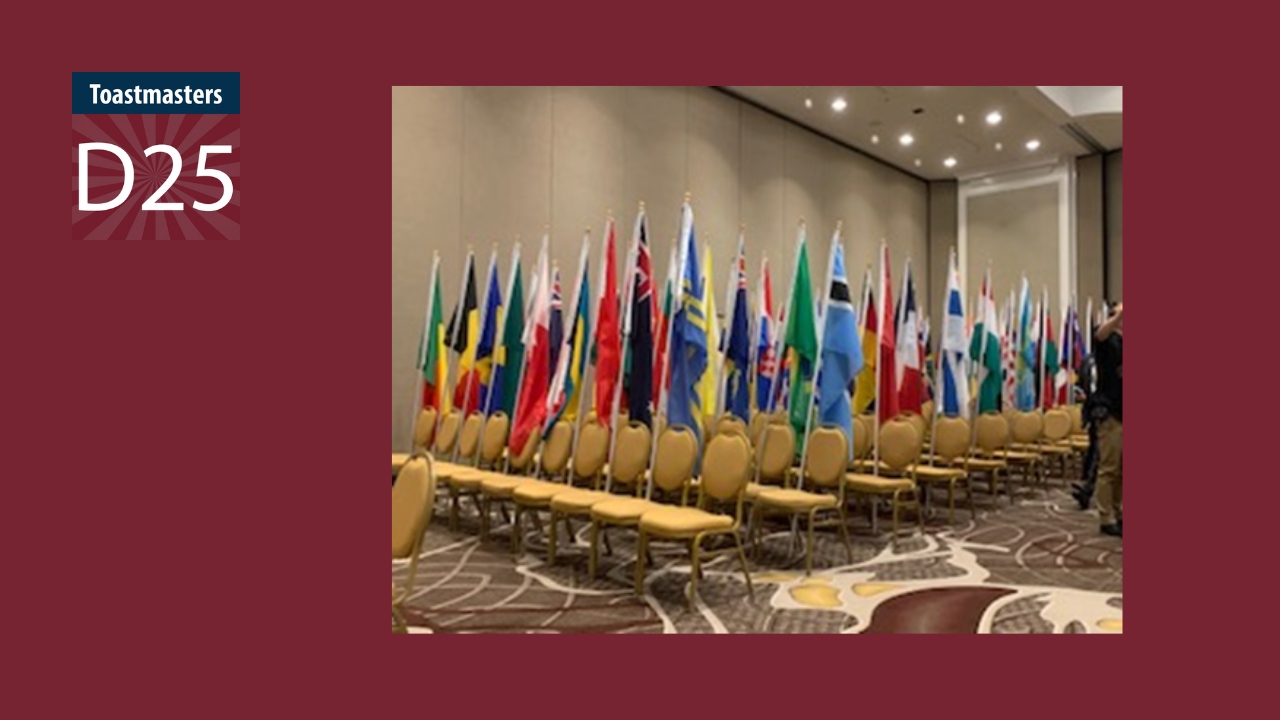 The Toastmasters International Annual Convention is THE event we look forward to with anticipation and wonderment. What will be different this year!? The 2022 Convention did not disappoint.! Starting the event was the traditional flag ceremony.

I was fortunate to participate in the ceremony. I had no idea what to expect. As practice began, we saw all the flags … it was breathtaking!

How is it determined which flag you will carry? Glad you asked! We bid for our first and second preferences. My choices were Barbados followed by Chile. The selection process works as follows; if

a district attends from their country, they have first call on their country’s flag. That makes sense, right? Barbados was there, so I got  Chile…YES!

The evening of the ceremony blew my mind! Many countries dressed in their respective regalia. It was AWESOME! What a wonderful feeling to carry the banner for Chile and represent their country. I searched for information to see if I had clothes or colors to best represent their country … and wouldn’t you know it, I had blue and white!

The US and TI flags are an honor to carry. The host district carries the US flag while the TI banner goes to the #1 District in the world. This year that privilege was earned by a district from West Africa! It was wonderful to see them in their country’s regalia!

I still relish the feeling of walking on stage, hearing the cheers while cheering on others, and hearing the “oohs” and “ahhs” over all the respective dress. It was a breathtaking evening, and we felt proud to demonstrate how Toastmasters International is truly “global!”