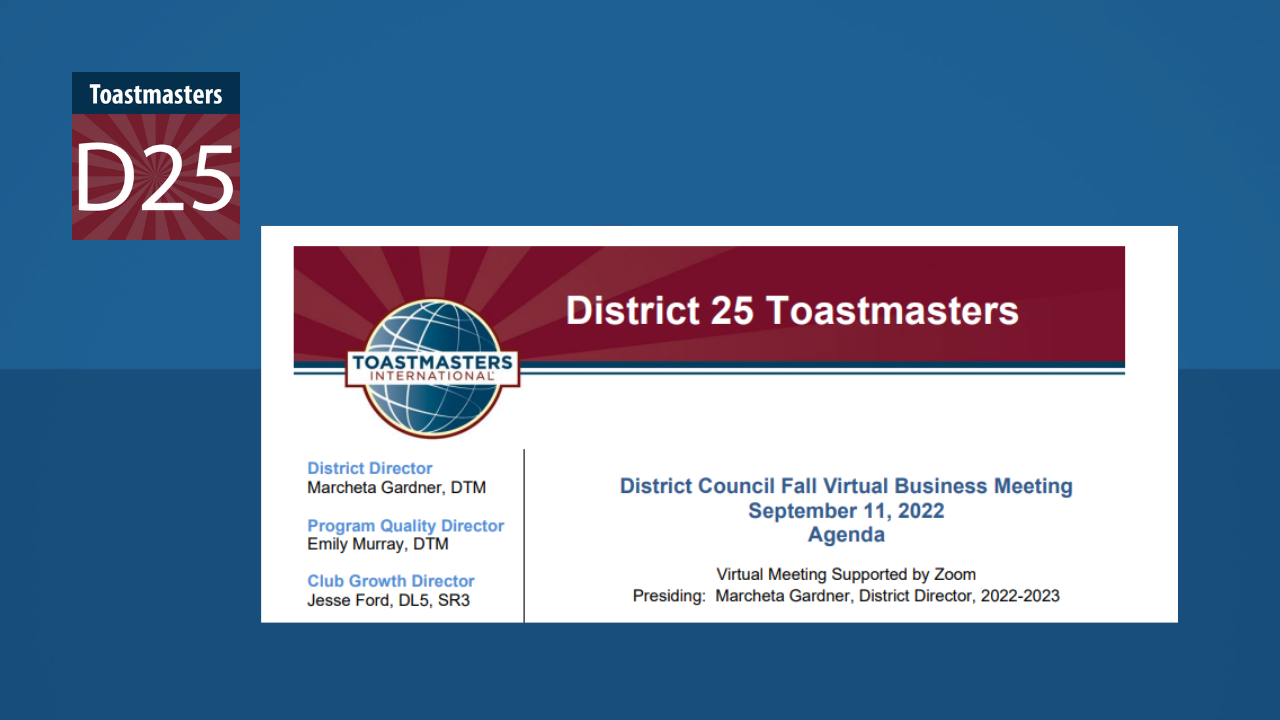 I do “work” at work. Do I really need to attend the district’s business meeting, and on a Sunday to boot? Okay…that was rhetorical. I’m an area director and that’s the responsible thing to do. So, I did. I won’t try to convince you it was the most fun I had all weekend; that would be disingenuous! The fall business meeting is where the district leadership, club presidents, and vice presidents of education cast their votes on important issues.

But what I can say is, I’m glad I did attend. I’m invested in Toastmasters and suspect if you’re reading this, you are too. I learned long ago to respect and appreciate the concept of local politics. At the local level, one person can have a big impact on a community. I don’t advocate stirring the pot ‘just because, but if it’s important to you, it likely is too for those who can’t or won’t speak up.

D25’s fall business meeting was held on September 11 and I’m happy to report that no one resorted to putting on the boxing gloves. While that may have been entertaining, the downside might be worse than the entertainment value.

As it occurred, I was part of the group that approved the district’s audit report, the operating budget for the year, and ratified officer appointments for the current Toastmaster year. There was thoughtful discussion, valid questions asked, and explanations provided. There was order and peace. Well…there was order until leadership reports were given by the division directors. They were entertaining, insightful, and inspiring. Our leadership team reported amazing things happening in D25. Division B Director, Brandi Wesley won “best report”. While she gave a fabulous report, the boxing gloves may come out for the next business meeting.