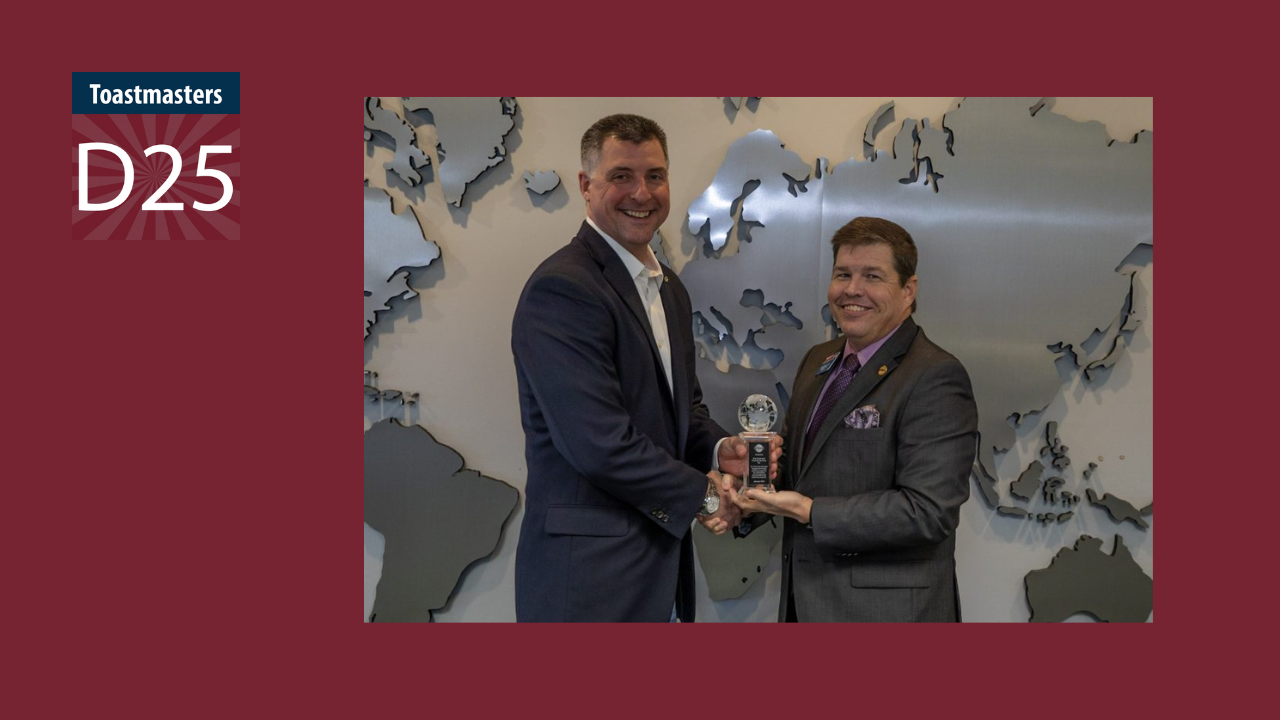 It was my honor to be amongst the guests attending the Corporate Recognition Award at First Command Financial Services on January 28th.  CEO of First Command, Mark Steffe received the award from Toastmasters International’s 2nd Vice President, Matt Kinsey with the club’s members gathered around him. First Command was being recognized for supporting District 25 by graciously providing a location for numerous Leadership Training events, Division and Area Contests, and District Executive Committee meetings over the last several years. They also host the local club called First Command, which celebrates its 20th charterversary this year.

Mark shared that Toastmasters was not only teaching vital skills today but that it would be even more impacting in the future with the company’s recent change to Agile project management. The ceremony ended in what could be considered the highlight of the afternoon.  After I provided a District focus challenge coin to Mark, he reciprocated by providing First Command’s challenge coin to each of us.

This was a truly amazing day and it most definitely was ‘Celebrating You’!