My Turn: Passing the Baton 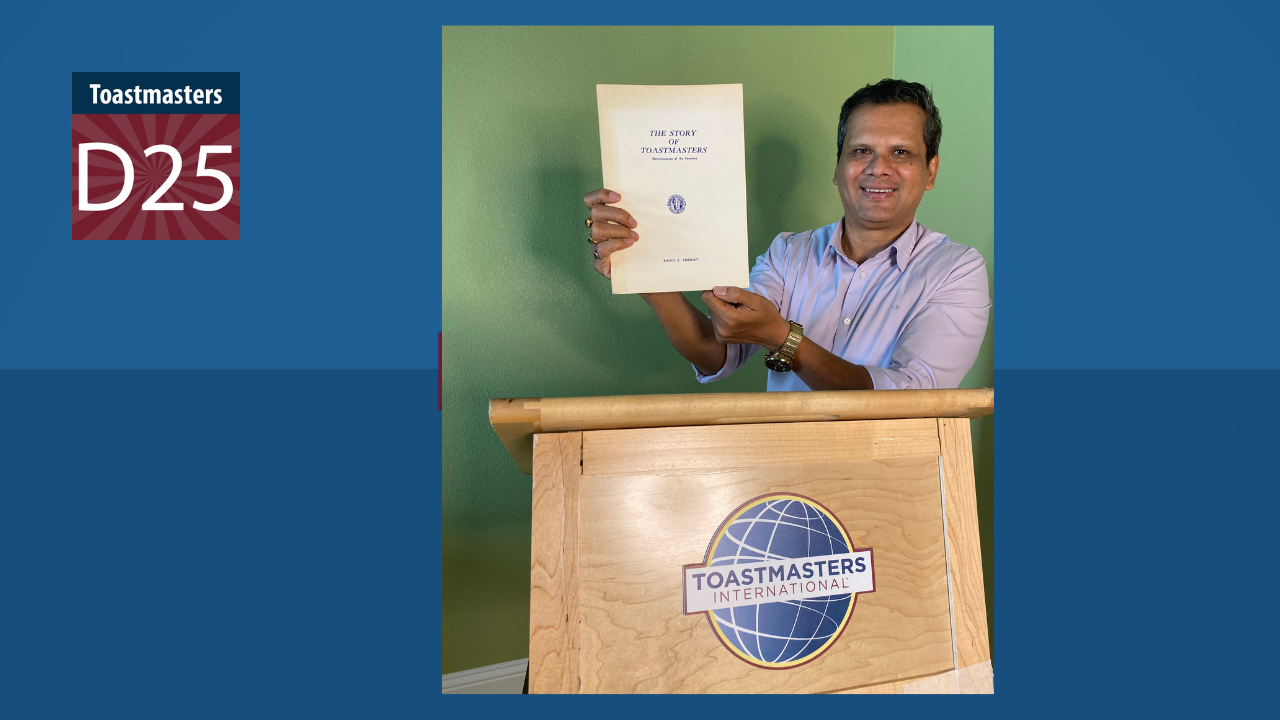 Toastmasters blossomed out of a single club. Ninety-eight years ago, Ralph C. Smedley, hosted the first meeting. The organization grew generation after generation, each carrying it to the next level. During World War II, especially in the aftermath of the attack on Pearl Harbor, conducting regular meetings was nearly impossible, and the club faced major challenges. But it survived and grew worldwide into Toastmasters International.

I read about Richard Brown and his fifty-year Toastmasters journey in our District Newsletter. Few businesses or relationships last that long, yet this individual stayed with the organization for five decades. How amazing!

I decided I had to meet him in person and visited his Wichita Falls home. He shared his long Toastmasters journey with me – beginning in Lafayette, Louisiana, back in 1972 when someone came into his office and introduced him to Toastmasters. He talked with me about his leadership years in the Chamber of Commerce and serving his church, how Toastmasters had enabled him to be more confident and become a servant leader in his business and community.

When I bade him goodbye, he presented me a unique gift. The book entitled The Story of Toastmasters written by Ralph C. Smedley. Richard received the book from a club member in the early eighties at a Toastmasters meeting. He held onto the book for four long decades, then gifted it to me. I felt like a sprint runner on a high school relay race team. When he handed me the book, he handed me the Toastmasters baton.

Ninety-eight years ago, Ralph C. Smedley established Toastmasters International, creating a foundation for individuals to excel and to build a community. Richard Brown grabbed that baton and ran with it, pulling many others into an organization where members gather, inspire, and enrich each other. He passed the baton to me, trusting me to carry it forward. I accepted that knowledge and inspiration, and I intend to run with it.

I realize I can also play a role addressing the challenges faced by Toastmasters and can contribute in my own capacity to carry the organization to the next level. I’m running with the baton passed to me and reaching forward to pass it on to the next person ready to receive it.

It was my honor to meet Richard Brown who carried the baton for Toastmasters. Dear fellow Toastmasters, one day, I will pass the baton to you!