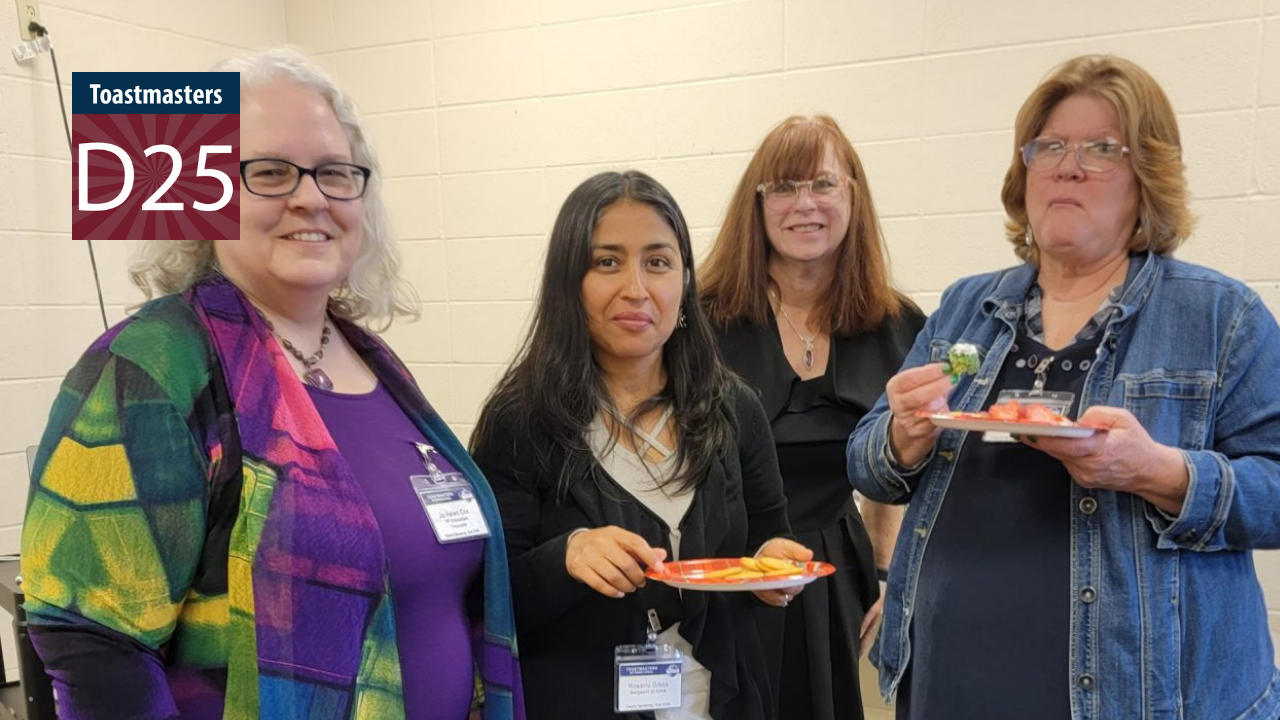 Clearly Speaking had an exciting Open House/Golden Gavel meeting on March 23, 2022, with Ron Davis giving a speech on ‘Not Wasting the Moment.’ He eloquently demonstrated how to capture an audience from the first word (or non-word)!

With 5 guests and the Area and Division Directors in attendance, a wonderful time was had by all. The Zoom Master & Toastmaster smoothly engaged the virtual attendees in every aspect of the meeting, except for the in-person food. Reports are that the food makes in-person attendance really worth it, because West Texans ALWAYS dish up the best food!

Meeting roles were revealed clearly throughout the meeting instead all at the beginning, so the guests were never left wondering what was happening or why. Each role holder explained what they were doing in such a personable manner – no reading of a banal rote role description at this meeting!

Warmth and laughter prevailed and reached across the internet to the virtual attendees. And if ANYONE meets Suanna Davis, just say the words, ‘there is a tickle monster in the room’ and watch her reaction!

Yup! You can find the ‘best of the West’ at Clearly Speaking Toastmasters Club 5540 as proved by this meeting also qualifying for a Golden Gavel award!