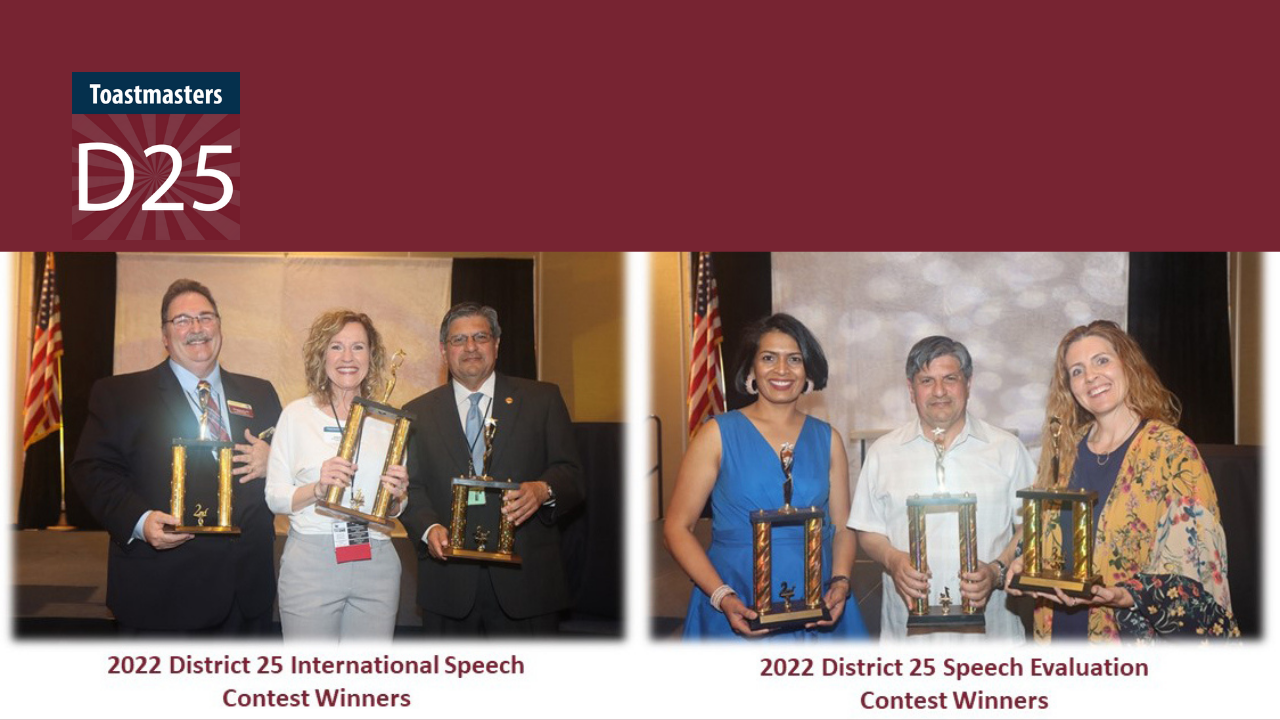 The District 25 Evaluation Speech and International Speech Contests were recorded and then played during the Contest Watch parties at the Annual Conference.

Warren Ehn (Plus 2 Toastmasters) did a terrific job as the Contest Master for both contests. He masterfully worked his way through the contest script each time, making sure to include his own personality and style.  The contestants did an amazing job adapting their speaking and stage presence to a virtual environment.

Each contestant should be very proud of their amazing and inspiring performances. It is a tremendous achievement to make it to the District competition. Thank you to the following for their participation.

Test Speaker, Jonathan Abuyan, from SW Washington (District 7) delighted the audience with his captivating tale of “A Waste of Time”.  Seven dynamic and talented evaluators (each a District 25 Division Champion), assessed and elaborated on the speaker’s strengths and suggestions for improvements. Thank you to the following for their participation.

The 2021-2022 Contest season is now concluded!  I would like to extend a gracious thank you and recognition to all the contestants, contest chairs, helpers, judges, Area Directors, Division Directors that planned, prepared, and executed the fabulous contests this Toastmaster year.

A special thanks to Richard Layne, District Chief Judge and all the judges for their amazing diligence and attention to detail administering the judging at all the contest events.

I have had the pleasure of serving as the District Contest Coordinator this year It has been a truly rewarding and inspiring experience watching the best Evaluators and International speakers of the District vie for the District Championship titles!