How To Market a Toastmaster Speech 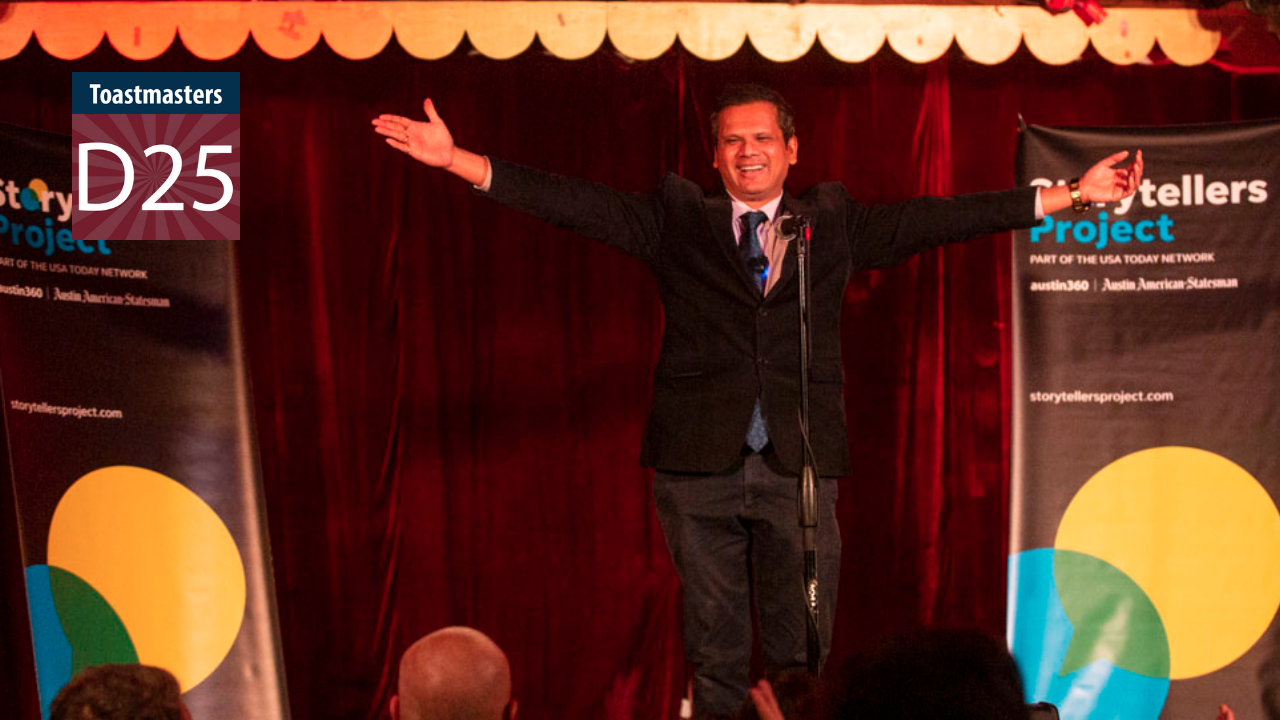 Everyone has times in their life when they genuinely try to pursue their dream. Then there are some who follow their dream, who dig deep and pursue it relentlessly, and are rewarded – some monumentally, some modestly. Two and half years ago, I began my dream with a small step. Initially, I started by doing what I thought was necessary, then I began to see what was possible, and suddenly, I was doing the impossible. The wind of change left me spellbound. Friends, I share with you all today my journey, my realization. If I can do it, you can do it. Anybody can do it.

On October 17th, 2019, I delivered a speech to Highway to Excellence (HTE) club members. I had just joined a few weeks earlier. My speech, entitled Same Boat Brother, was about growing up in my hometown in India. It chronicled sweet childhood memories of walking to school with my best friend, and how, after an uprising caused strife among communities, I unintentionally found myself part of a mob which threatened my friend and his family. The story carries a universal message, and prompted me to ponder if I could carry the message to a wider audience. The support from fellow Toastmasters and the beauty of the TI program triggered something in me. Something so fierce I could not stop it. It eventually sent me on a higher journey.

How to Reach A Wider Audience

In the early part of this year, I learned my speech Same Boat Brother was nominated by the Austin American-Statesman newspaper to participate in the Storytellers Project — a special program produced by the USA Today Network and shown in twenty cities across the United States. On February 23, I delivered my speech in the Spider House Ballroom in Austin, Texas. My speech was well received by a boisterous sold out crowd. I was speaking to a non-Toastmaster audience for the first time. But my Toastmasters training, including eye contact, vocal variety, and body language, gave me the edge.

Two and a half years ago, I started publishing my Toastmasters speeches to the world. I realized what is possible, and suddenly I started doing the impossible! Delivering a Toastmaster speech at a Storyteller event covered by the national news was a moment of pride. Along the way, I rediscovered the power within me that had been there all along.

Friends, if someone like me can do it, you can too. Anybody can do it!