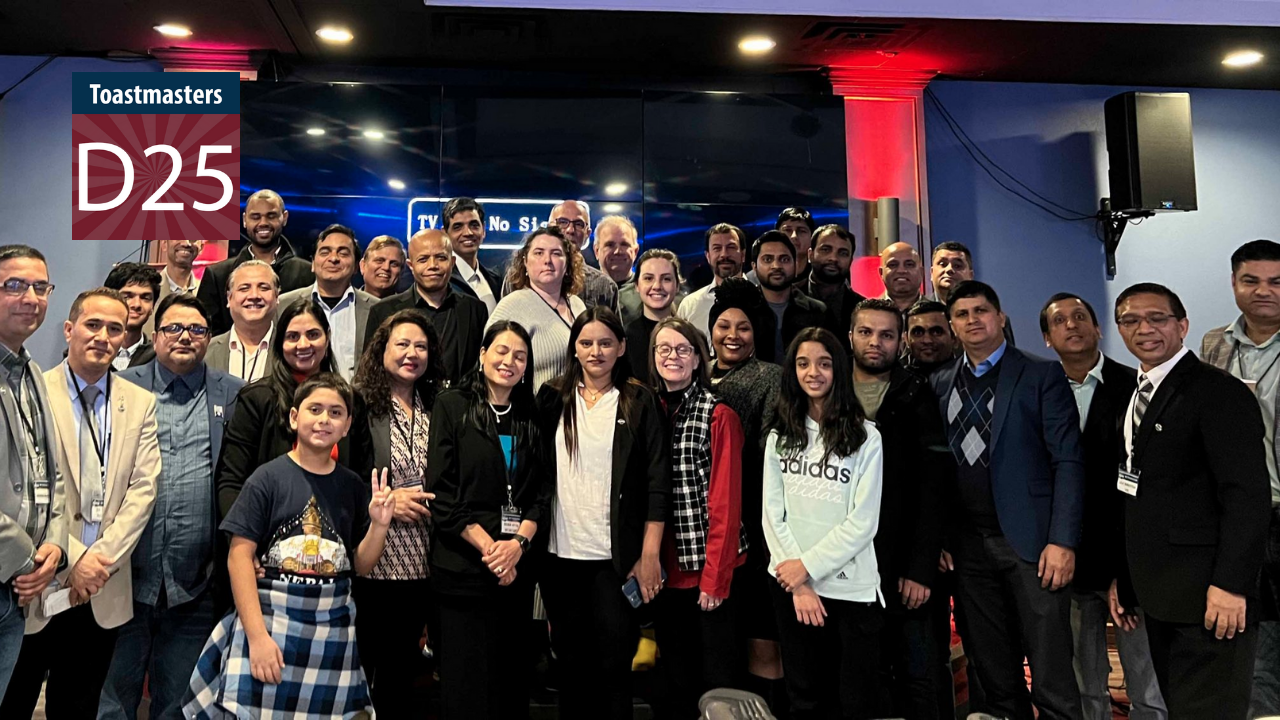 NST Toastmasters is really going for gusto! Despite being a young club- they only chartered in 2020, they are having no problems getting things done and succeeding! Their February 26, 2022 Open House was the very first one they had ever held, and yet it was typical of the high standards they have and the high results they know how to get.

Some of the memorable things that happened: honorary member (due to age) Kushagra (Kush) Wagle won table topics with the aspiration of being an attorney; Diana Wigginton gave her first in-person (non-virtual) speech; and Dinesh Sharma gave an impactful testimonial about how Toastmasters helped him craft his public speaking skills and he is using those new skills to run for Texas State Legislature.

A non-member generously volunteered his restaurant/bar for the event- and opened early just for this meeting. By the time the open house and lunch were both done, NST had commitments from FIFTEEN people who wanted to join the club. FIFTEEN! Including the restaurant owner!