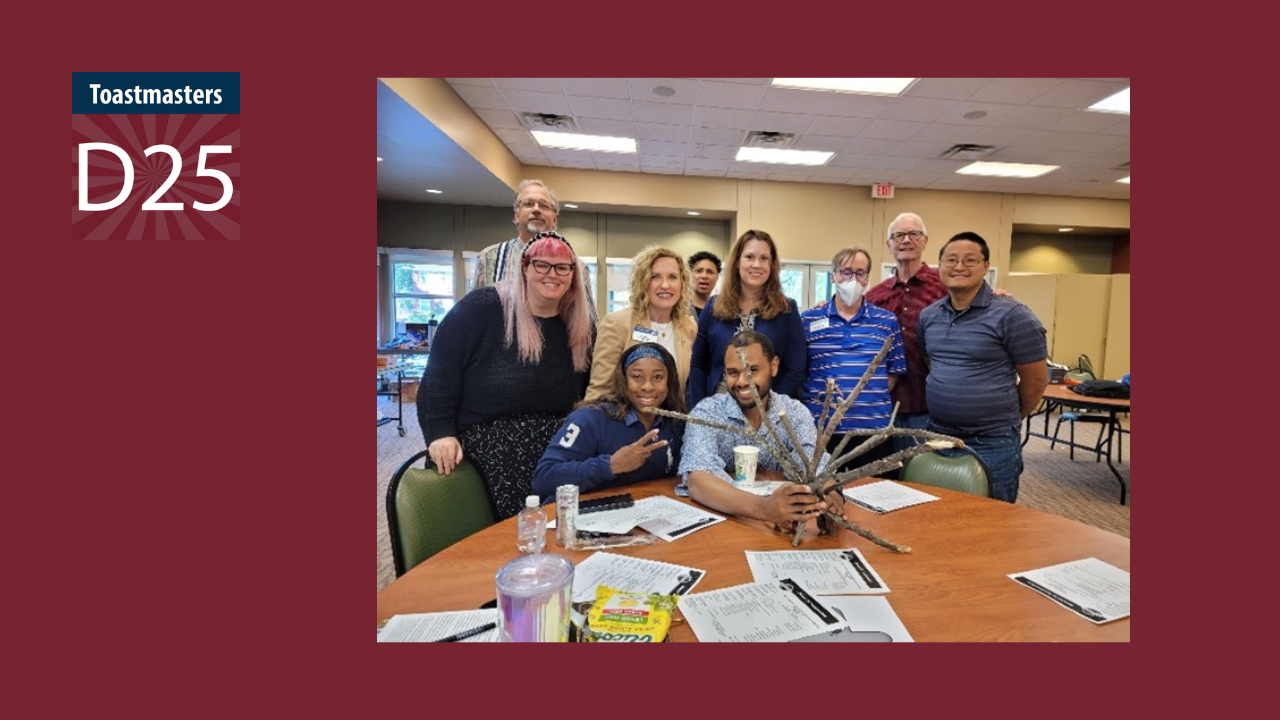 We had a wonderful time at the second District Executive Council (DEC) meeting on October 22, consisting of several stimulating training events. Each of the District’s divisions had a table with their area leadership. PQD Emily Murray led an activity by providing sticks for each table with words like “respect,” “cooperative”, “outrageous”, and “honest” attached. The exercise was to grab a stick, find others in the room with the same word, and then discuss what the word meant for each team. It was fun and insightful to hear everyone’s thoughts from just a single word and demonstrated how working as a team makes the group stronger.

As we moved to our second event with DD Marcheta Gardner on “Brain Writing”, we had an unexpected visitor walk in off the street. Toastmaster Ryan Washington from Plus 2 Toastmasters Club saw the “Toastmasters” sign out front. As Ryan happens to be working towards his Nemilita Nine, he decided to stop in for a ‘chance’ club visit. Emily explained this was a DEC training session. Never one to miss a chance to recruit leadership talent, Emily invited him to stay and offered him a stick and the opportunity to say what it meant to him. He accepted the stick, offered his input, and stayed on and worked through our Brain Writing exercise!  Marcheta rewarded Ryan by giving him her “Empowering Your Legacy” pin. Way to go Ryan!

This was an amazing testimony that something as simple as a well-placed “pointing the way” Toastmasters sign’ has huge benefits…you never who you will attract.

I think we should all be on the lookout for an up-and-coming District leader in the near future named Ryan!  #FutureLeader.