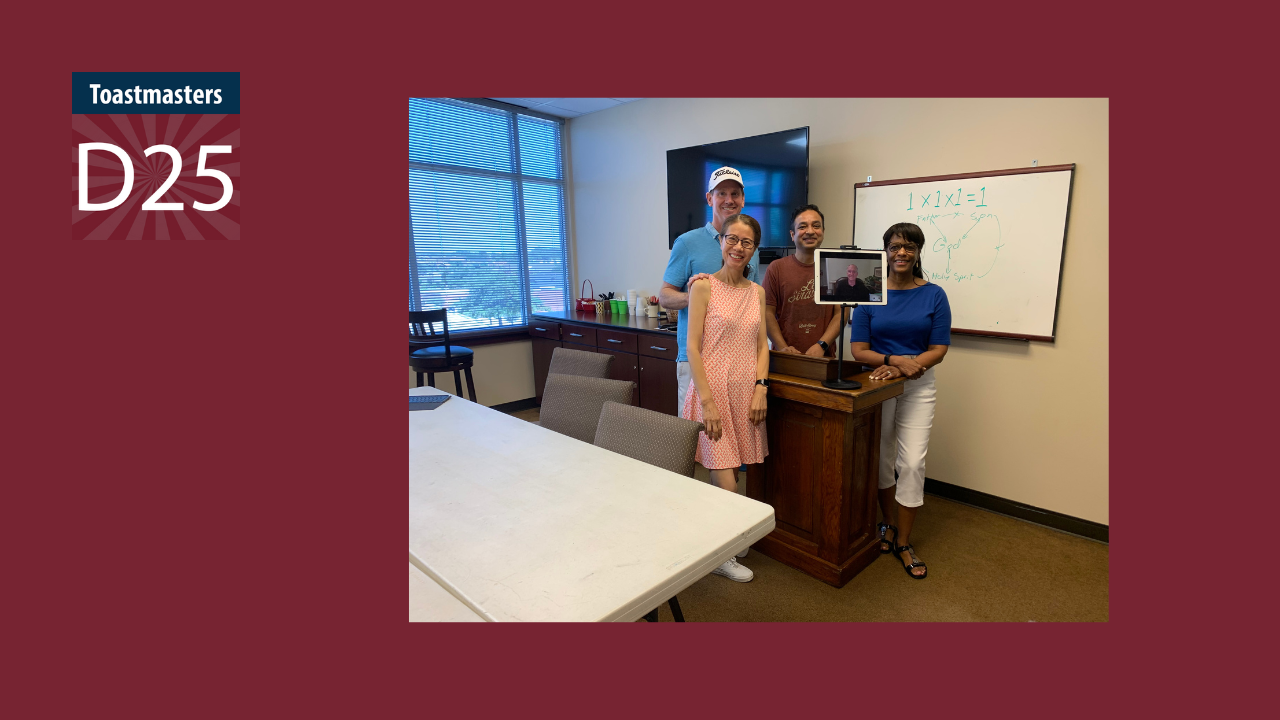 On this fine Saturday morning, we heard two prepared speeches and three impromptu speeches. There were also five wonderful evaluations. The prepared speeches began with Dr. Betty giving a speech on Life Lessons from a Box of Imported Chocolates. Did you know that you can learn a great deal about a personality by how a person chooses a chocolate from the box and chooses to eat it? Some just go for it and eat whatever they find while others deliberate and slowly savor the flavor, just like personalities. We also heard the first in a series of three speeches about airline flights. According to Brad, union relationships and contracts play a major factor in airline reliability.

Our next three speeches were impromptu, starting with Lily talking about coming out of the dark into the light. She discussed how the dark of the pandemic transitioned into the light of attending toastmaster meetings in person as well as hot yoga. Singh told us the story of his recent trip to India, ending the speech with the profound question of where he will retire. Will he go back to India or stay in the states where he will have lived 40 years? And last, but not least, was Ed giving a speech on doing something new. He is a proponent of taking new challenges head-on and always achieving new skills.

Everyone at the meeting had a speaking role, either as a speaker, an evaluator, or both. As Toastmasters, we are always concerned about time, so this meeting did not feature Table Topics, but I think we can overlook that considering all the wonderful speeches. If you are looking for a club to help you along with your speaking skills, check out Southlake Saturday Toastmasters.