Virtual Contests in 2021 – What has changed? 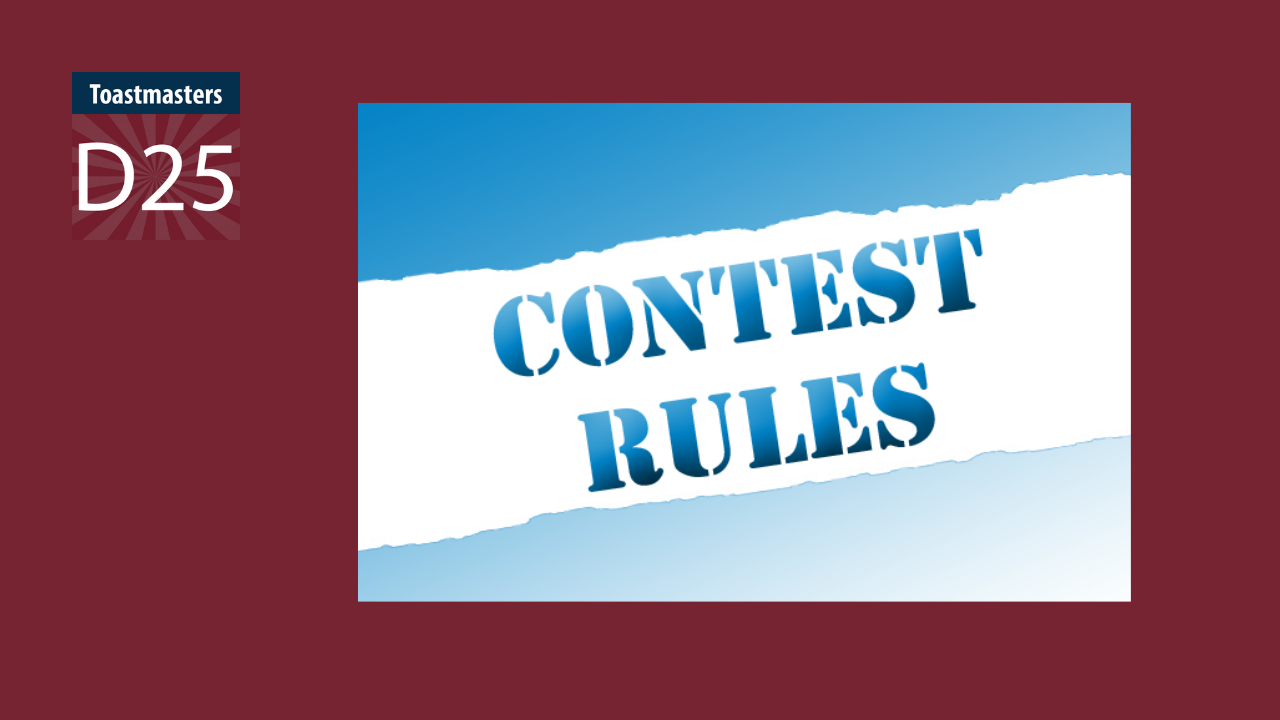 The pandemic changed how we participate in our Toastmasters meetings – contests are not excluded.  The Table Topics and International Speech contests in District 25 will be conducted virtually.  In addition to the highlights below, more details on the contest roles in a virtual environment can be found here on the Contest Resources page.  Inquiring minds want to know what major changes can we expect at a virtual contest?  You can expect the following:

Each year Toastmasters International publishes a new rule book with changes to ensure fair competitive contests.  All the changes for this year can be found in the current rulebook.

The following rule changes have occurred related to the Table Topics and International Speech contests that we want to highlight related to eligibility and competition/protests.

When competing (Section 2.A.2.a).2) or judging as (Section 2.A.5) “Only members who joined Toastmasters prior to the rollout of Pathways in their region can apply speeches from the Competent Communication manual to speech contest eligibility.”  This applies to the International Speech contest only. Table Topics contestants need only meet the general eligibility requirements.