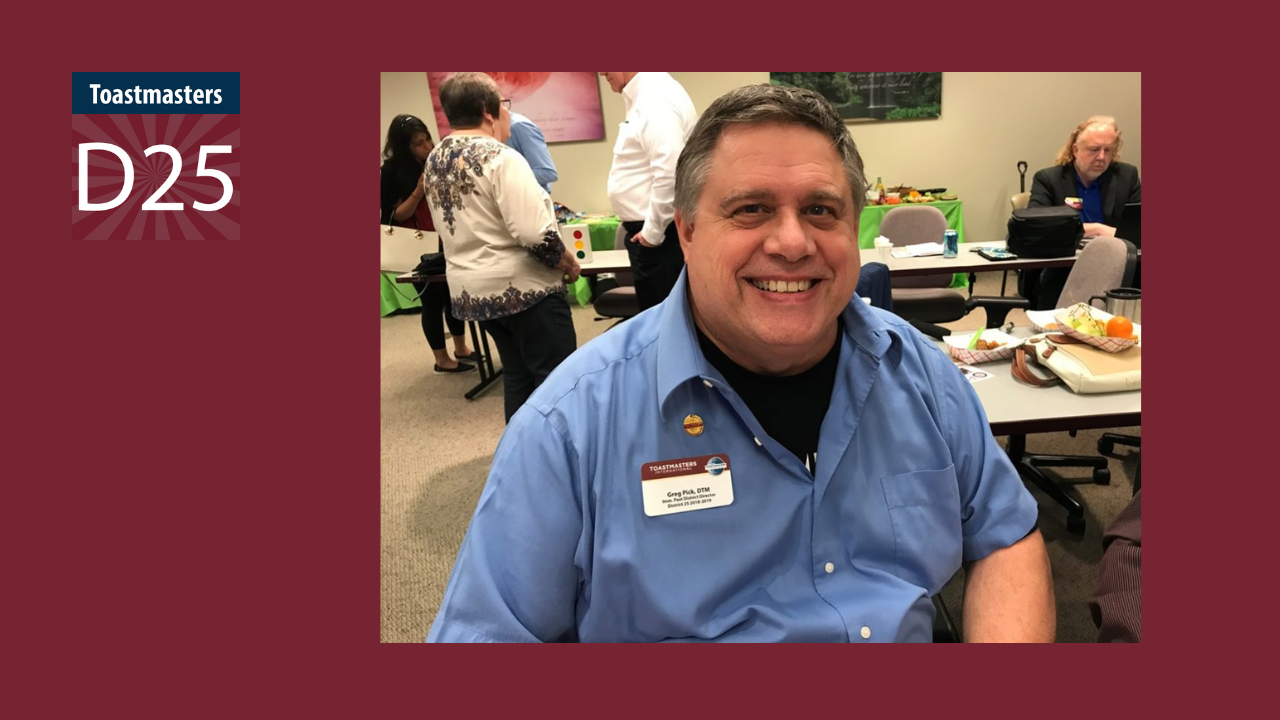 NY Yankees player Yogi Berra once said, “It’s déjà vu all over again!”. The Outstanding Member for March fits this description because they could be awarded this honor every month without question. To start, they serve in two key district leadership roles, as well as multiple club officer roles. Their generosity with their time combined with their exponential Toastmasters knowledge punctuates their value to the members of our district.

Why is this month different than any other? Here is a simple explanation.

Over the past two months, Greg Pick has gone far above his role as District Chief Judge. He facilitated multiple Chief Judge and Judge training sessions. He also co-hosted additional sessions to ensure the contest chair and helpers completely understood their role during a virtual contest.  He spent countless hours updating contest documents and assigning contest judges while attending several contests to support the contest Chief Judge with the new process. He has been open to feedback, has adjusted when necessary, and has made numerous speech rule clarifications to keep all contests fair.

If that were not enough, Greg has also been serving as the Pathways Coordinator. In this role, either himself or one of his team presented an advanced leader session at the majority of the district’s leadership training this past winter. The participant feedback has been overwhelmingly positive and has clearly helped our members embrace the Pathways education program.

On behalf of the Trio, I would like to congratulate Greg Pick on the honor of being the Outstanding Member for March. Thank you for all you do to support the members of District 25!