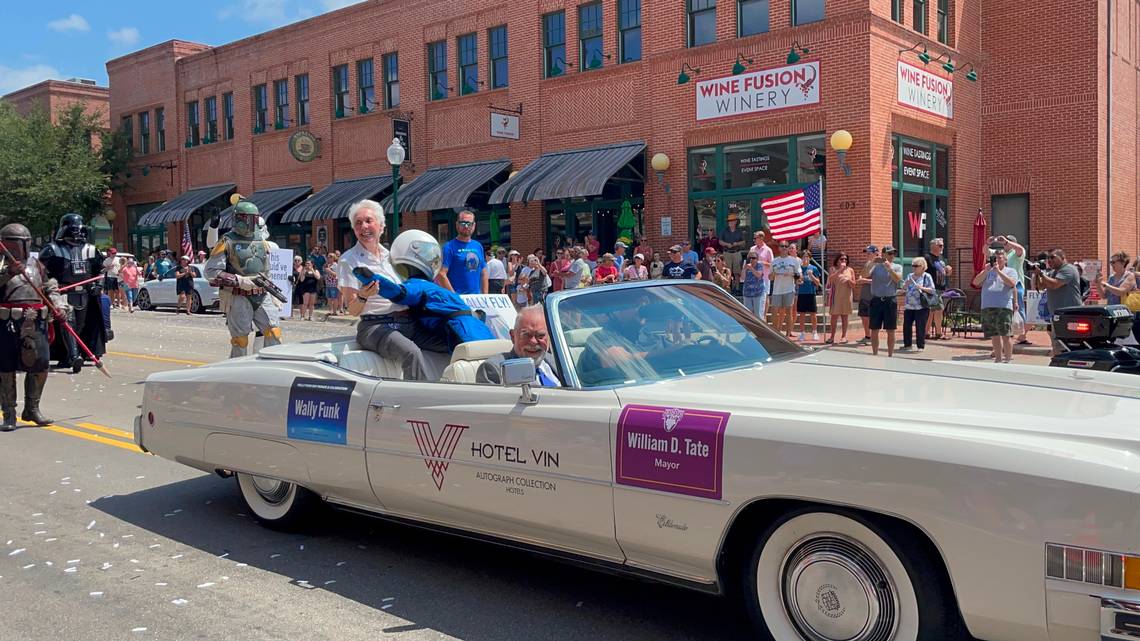 Life is an endless unfolding, an endless process of self-discovery, and an endless dialogue. It is built out of the experience of humankind. One must only listen. The ingredients are there. Put them together and a beautiful story is created — or if you are a Toastmaster, a memorable speech!

In 1961, Wally Funk was the youngest of an all-female space training dubbed Mercury 13 denied the opportunity to become astronauts. Sixty years later, on July 20, 2021, Ms. Funk boarded the Blue Origin’s New Shepard spacecraft and became the oldest person to blast into space.

On August 7th, my young daughter and I participated in a parade and celebration organized by the local Grapevine City Council honoring Wally Funk. A thunderous applause greeted her as she took the stage. Ms. Funk shared about the uphill battles she faced and how every time she encountered obstacles, she set her sights higher. The debacle of Mercury 13 did not stop her. She used her career experience as a flight instructor and air safety investigator to obtain more flight testing. She availed herself each opportunity and continued to prove her capabilities for space travel, reenforcing her belief that anything was possible.

On the stage that day, Audrey Powers, an Aerospace Engineer at the Blue Origin sat beside Wally Funk. She talked about the founder of Blue Origin — her boss, Jeff Bezos — who dreamed of building a road to space, making launch systems cheap enough to fly anybody who could afford a plane ticket. It was Bezos who invited Wally Funk to the first flight of Blue Origin. It took sixty years, but the wrong was righted as Bezos and his team worked together to help Ms. Funk fulfill her lifelong dream of becoming an astronaut.

Throughout the celebration, I jotted down notes, teared up a bit, laughed out loud, and felt a renewed energy. Later, I delivered a speech entitled Life is Beautiful about the stellar story of a truly unique American space pioneer and how human beings are tied together through the common threads of hope, resiliency, and renewal. It was a reflection of Ms. Wally’s speech about the strength of humanity and the promise that we all have within ourselves.

Dear fellow Toastmasters, there are many men and women who inspire us. What better way to honor them than by delivering memorable speeches?

Here are a few posts about conference and a coupe pictures.