Have Slide-Deck Will Train! 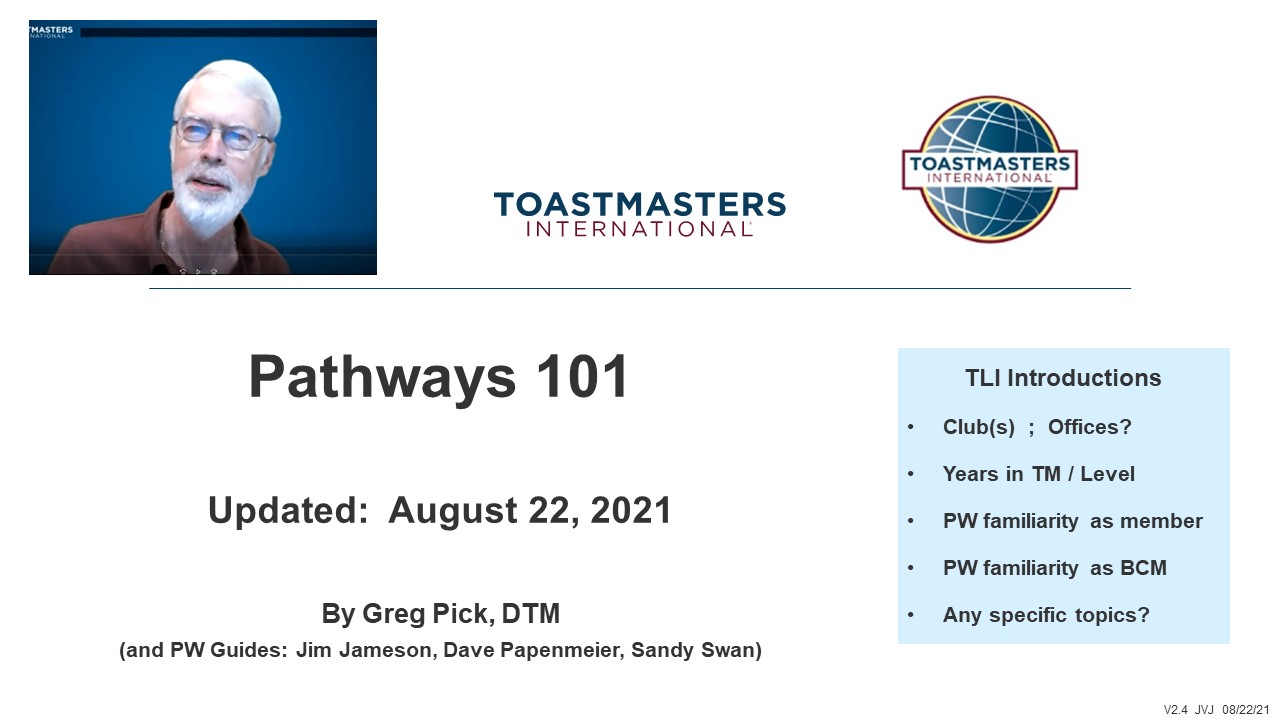 District 25 just finished its first round of Toastmasters Leadership Institute Club Officer training. I was honored to be part of the training team. I also had the opportunity to conduct club officer training in 10 additional countries. This speaks to District 25’s reputation. We’re not only known for having one of the premier district websites, but also known for our excellence in training leaders. Knowing I was from District 25, TLI chairs around the globe approached me for help with their club officer training.

D25’s striving for excellence has produced incredible, dedicated and knowledgeable trainers. This is especially true when it comes to Pathways. Greg Pick, our Pathways Coordinator, has worked with his team to fine tune content ensuring it is relevant and useful. Jim Jameson and Dave Papenmeir are two of D25’s incredible trainers, excelling in both VPE and Pathways training. I have sat through many of their trainings and have gained so much from each session.

My global club, Great White North Online (GWNO), needed Pathways’ training for new members the club had gained recently. There’s an old saying, “An expert comes from 10 miles down the road.” Sure, I could have conducted the Pathways 101 training, I’ve presented previously in Saudi Arabia and am a trailblazer in Pathways. But having someone come in from the outside lends more credibility than using a club member to conduct Pathways’ training.

Favor time. “Hey Jim, what are you doing Sunday afternoon, August 22nd?” He immediately replied “Nothing, what do you need?” “I need a Pathways 101 trainer for my GWNO club.” Jim replied, “Great White North. I visited the club back in March 2020 when we were all changing over to a virtual format. They’re one of the 1st ten chartered online clubs back in 2016. I learned so much from attending that meeting.”

Long story short, Jim did indeed conduct a stellar Pathways 101 training at my August 22nd GWNO club meeting. The club has a mix of brand new and seasoned Toastmasters. I was worried some of the “seasoned” members would be bored but all were totally engaged throughout the presentation. Jim received kudos and thumbs up for his efforts. Even the highly experienced members said “Wow, I learned something new this evening!”

And the reach of D25’s excellent training reputation continues to roll on. Through Past International Director and Past District 25 Governor David McCallister, I recently learned that District 24 in the Nebraska area needed Pathways’ Base Camp Manager training for the district’s VPE’s. I connected D25’s Pathways’ trainers, Dave and Jim, with the leadership in District 24 to work out the details. The two of them will be “tag-teaming” the training session very soon. District 25 exemplifies Toastmasters tagline, “Where Leaders Are Made!”

Link to the Pathways 101 Presentation at Great White North Online on 082221!