Diana Pittman – A Ray of Sunshine! – In Memoriam 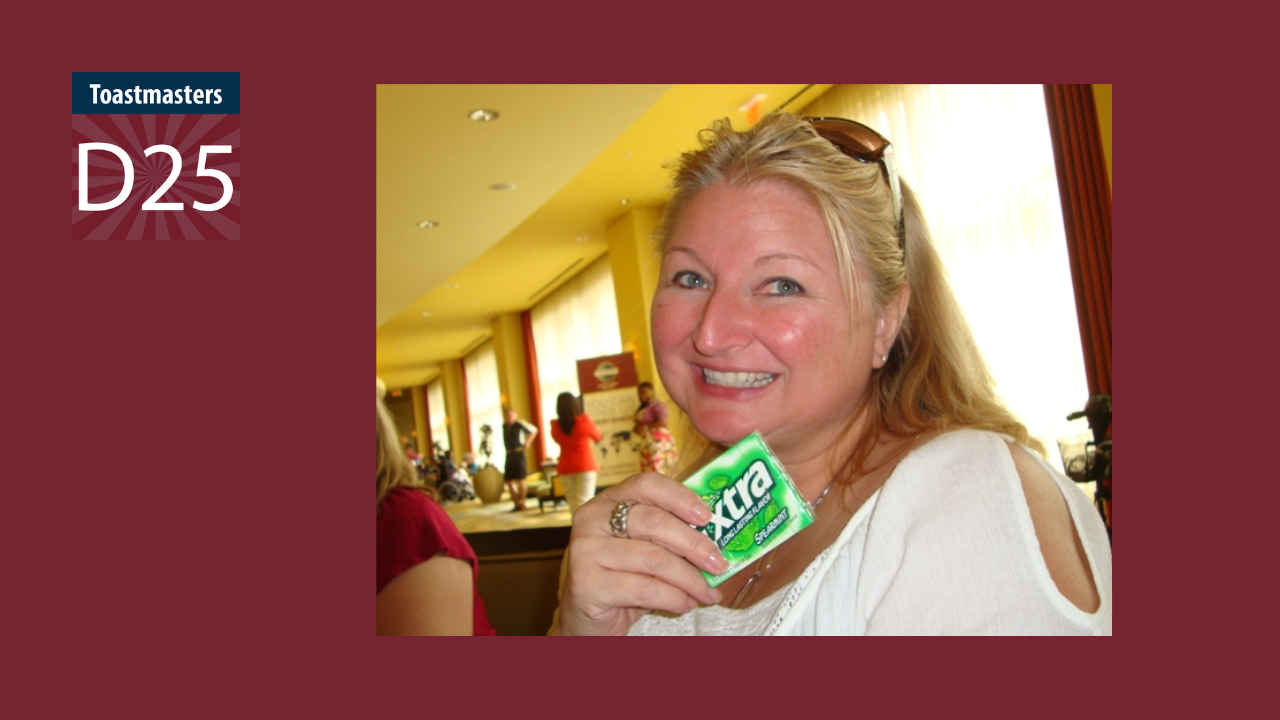 District 25 is saddened on January 31 by the sudden loss of one of its special members. Who could have guessed that the vivacious, energetic, fun-loving Diana Pittman would no longer be among us? So many tributes to the impact of Diana’s life have made their way into social media in the days following her death, and members celebrated her life in a special Zoom meeting during that week. “Beautiful inside and out!” “Our earth angel!” “Beautiful giving heart!” In phrases like these, Diana’s friends tried to capture the essence of her joyful spirit. So many commented on the special friendship they had with Diana. We were all inspired by the example of her life as she made each of her friends and acquaintances feel very special.

A Toastmaster since helping start Texas Wesleyan Spellbinders in 2004, Diana stepped up to take on many District 25 leadership roles. Area and Division Governor, Spring Conference Chair, District Sergeant at Arms, and District Chief Judge were among her Toastmasters credentials. Most recently she co-chaired the DTM Ceremony at the 2020 Summit. After earning her own Distinguished Toastmaster Award in 2011, Diana continued to give back to her clubs, serving as an officer (VPM, VPR, or both!) in each of her four clubs during the current term. The members of Bethesda, Out on the Town, Panther City, and Six Twenty-Nine clubs will all miss the dedication and energy she put into her membership and officer roles on their behalf. Diana frequently represented her clubs in District speech contests, bringing enthusiasm to her efforts, whatever the occasion.

Her friend Past District 25 Governor David Martin remembers that Diana was always up for a good road trip, whether crisscrossing D25 or longer road trips to several International conventions. She was a mainstay at district conferences, contests, and TLIs. Whether out front in a role or behind the scenes on committees, she was always one of the first to volunteer for everything, no matter where or what the opportunity. Best of all, she always did it with a smile and witty humor. She loved her alma mater, Texas Wesleyan University, where she went on to receive her MBA. She helped start the Texan Wesleyan Spellbinders Toastmasters club, where she was a member and officer for many years, even after graduation. She was an officer in the MBA Student Association and continued to support her alma mater throughout her life. She helped start the tradition of decorating a Texas Wesleyan float for the Christmas Parade in downtown Fort Worth. She attended and supported countless events of all kinds at the university throughout her life. In addition to these interests, Diana advanced the knowledge and celebration of her culture through her involvement with Hispanic community organizations. Along with serving on the board of the local ballet Folklorico, she helped raise money for young girls in need and volunteered countless hours in helping young woman to rise up and become their best selves as a member of the Hispanic Women’s Network of Texas.

Giving back to her community, striving to better herself and the lives of those around her, devoting herself to lifelong learning, sharing her fun-loving attitude towards life, and stepping up to leadership, Diana was a vibrant, happy soul who loved life, her friends, her family, her faith. She will remain in our hearts as the epitome of service to others and the ideal of connection between the hearts of friends. Members of District 25 Toastmasters offer our most sincere condolences to her family.

Diana, you will be missed.