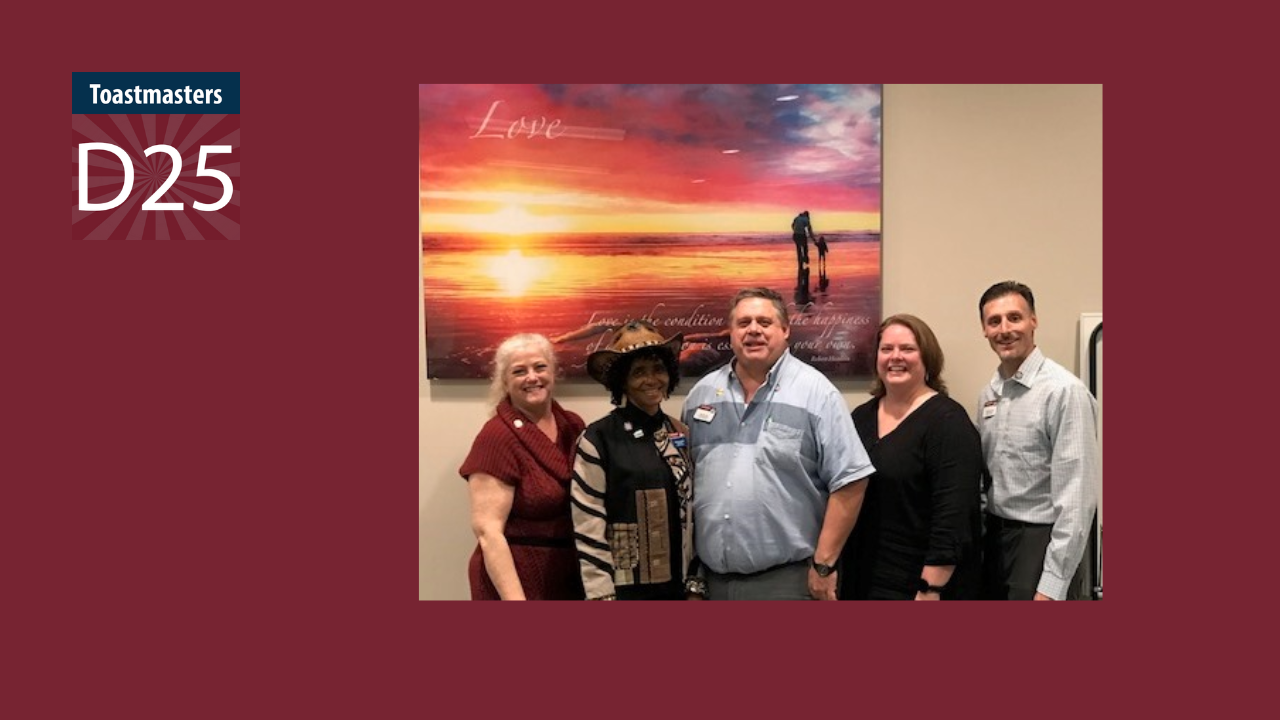 Atheria Scott was one of those people that lit up a room every time she walked through the door. Her colorful outfits and glamorous hats spoke volumes of her cheerful and spirited outlook on life. She was always more interested how you were feeling and had a way of making you feel like you were the most important person at that moment. I was deeply saddened when I learned of her passing on January 12th. I did not know her for very long, but the impression she left with me is something I will always remember.

I first met Atheria at the 2018 Toastmasters International Convention in Chicago. My only prior conversation with her was on the phone when she took the time to get to know me better. I was the Club Growth Director for District 25 and her role of Region 3 Advisor was to support my responsibilities for the district. I figured she had made time to get to know me because she had to. I could not have been more wrong. From the moment that our eyes locked in the convention hallway, I knew what a genuinely special person she was. I now understood she wanted to get to know me because that was the best way for her to understand how to help me be successful.

We crossed paths several more times before the Toastmasters year concluded. There were two times that were the most special for me. The first was when she came on her annual visit to the district. We exchanged ideas non-stop for almost two days before she presented valuable skills to our district leadership and shared the 5 P’s of Leadership (adapted from John C. Maxwell) during a Club Success Workshop. The second was during midyear training in San Antonio where we shared a group dinner at the local revolving restaurant. She also gave me a rock, something I didn’t understand at the time, but has become more valuable to me over time. The rock had one word on it – HOPE. That rock still sits on my desk. I pick it up frequently when I am struggling through something. I can always hear her voice encouraging me and providing me strength to ‘run the next mile’.

It is fitting that the word on my rock is hope because that is what she always gave me. Atheria’s light will always shine bright within all of us.