Take the Next Step 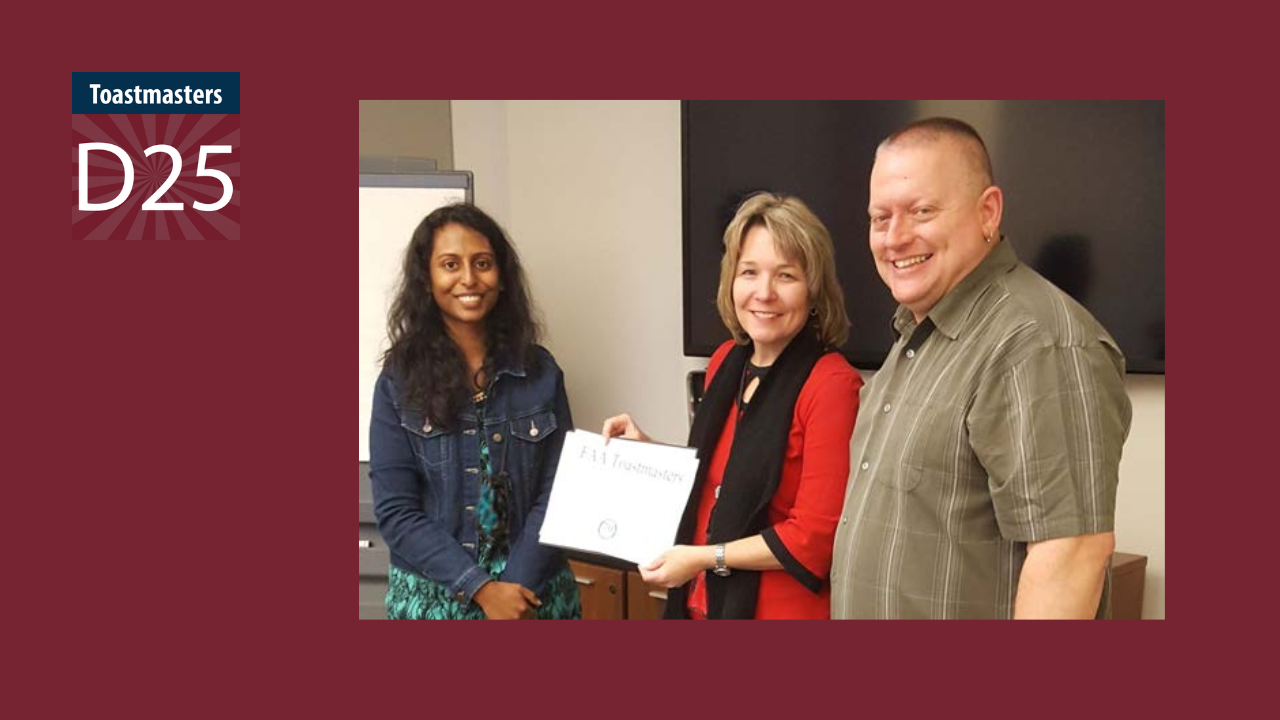 Toastmasters is a self-paced program, where members decide to take the next step out of personal motivation. In February, Jeri Bird and Janet Mayfield were recognized as outstanding members of the FAA Toastmasters club.

FAA Toastmasters is one of several clubs that belong to District 25, which covers the area of Wichita

Falls to Waco and Abilene to Irving. Michelle Johnson, our personal District representative this year, gave out Challenge Coins to members who demonstrate Toastmaster’s core values of integrity, respect, service, and excellence. Janet received a challenge coin for her excellence in her role as VP Education. She encourages the members in the transition of the Toastmasters education program by leading by example. Janet chose to embrace the change and develop a method to keep our members engaged and pressing on.

Jeri received a challenge coin and recognition of her recent achievement on the leadership path, the Advanced

Leadership Bronze (ALB). This achievement comes after working through ten foundational speeches for building up speaking skills and ten leadership-building projects. The ALB is earned by serving club members as an officer for a full year, undergoing training to better serve as an officer, and presenting education sessions to edify members.

Jeri has demonstrated commitment to taking the next step to becoming a better leader. She chose to serve as an officer this year and in prior years as our VP Membership, striving to provide quality to our current members and anyone who walks in the door. She stepped forward and organized our Open House on more than one occasion. Jeri also educated us with Toastmaster modules such as Goal Setting, using her own retiring goals to inspire and show how we can set goals and mark out steps to meet those goals.

These two ladies have both gone above and beyond their duties with a personal choice. Do you want to become a better leader? Will you take the next step?