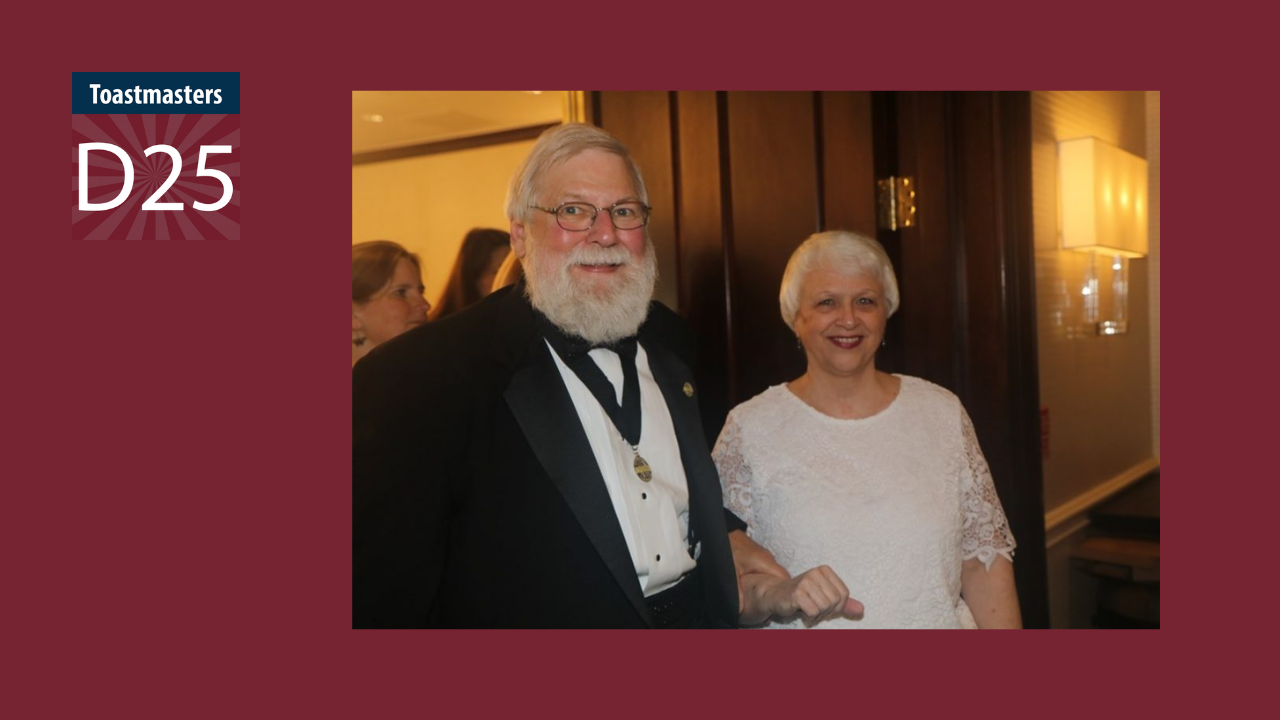 Thinking back a decade or so, I fondly remember my first Toastmasters meeting at Plus Two Toastmasters in October 2009. My wife, Terry, and I walked into the meeting not knowing what to expect. Why Toastmasters? What was going on in my brain was not what came out of my mouth! Imagine that! That was “My Why” for joining Toastmasters. During the first meeting, the “alphabet soup” of Toastmasters acronyms flowed. Terry and I were so confused and ready to throw up our hands.

Sitting between us, was Warren Ehn, an experienced patient Toastmaster. He was a calming factor and said he would “map” the education and leadership paths out for us after the meeting. Thus, started a long friendship with Warren that continues to this day. At the time, I knew I would NEVER be able to achieve the prestigious level of Distinguished Toastmaster, the pinnacle of the Toastmasters program. The path was daunting to me.

I was taken under the wings of incredible mentors who “nudged” me along my bumpy journey. Bumpy because of numerous leg surgeries and way too many days in the hospital. It would have been easy just to give up and feel sorry for myself. I was resolved NOT to throw in the towel, to “solider on,” to persevere with persistence, and continue to move forward. Through my mentor’s guidance, I was able to achieve not one but two DTMs! I never thought that a third DTM was in my future.

I am humbled that I am the 1st Pathways DTM in District 25. I want to dedicate this DTM to my mentors who have guided me along my Toastmasters journey and helped me become the leader and individual I am today. D25’s 1st Pathways DTM is dedicated to:

There are so many more I would love to thank! There isn’t enough space to thank everyone. A heartfelt thank you goes out to all of you who have helped me along my journey. What is next on my leadership journey? I will continue to inspire and mentor while constantly striving to be a better “me.”