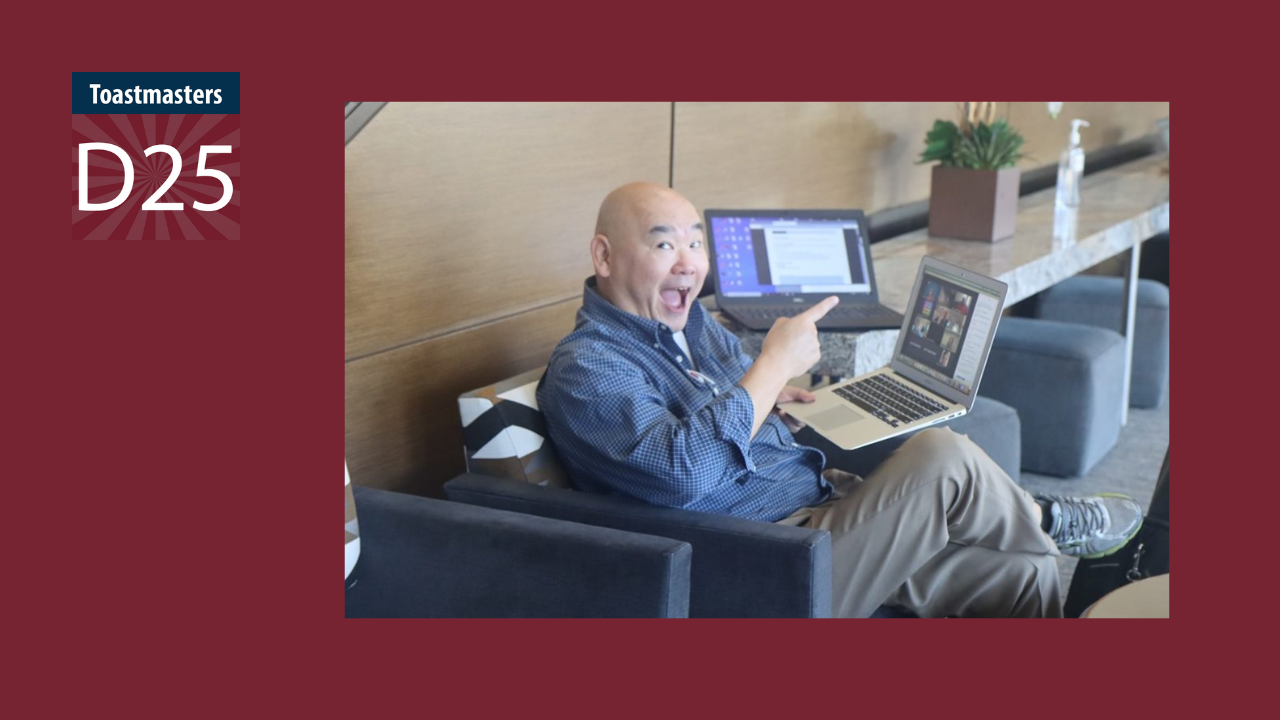 The Romans popularized a phrase used by Horace – carpe diem; loosely translated as “seize the day.” This month’s outstanding member has certainly done that. Not only have they served as an Area Director this year, but they served as a speaker and a key promoter for the recent Summit. Our Facebook page was continuously lit up with eye-catching advertisements which contributed to the overall success of the event. Their passion for Toastmasters runs deep and it shows with every endeavor taken on. I would be remiss if I did not mention that they also represented Region 3 in the International Speech contest even though it overlapped with all I previously mentioned.  It would be easy to list many more achievements here.

In case you don’t know by now, the Outstanding Member for December is none other than Fursey Gotuaco. Thank you for all you do to help those around you become better versions of themselves. We appreciate your contributions to the success of our district.