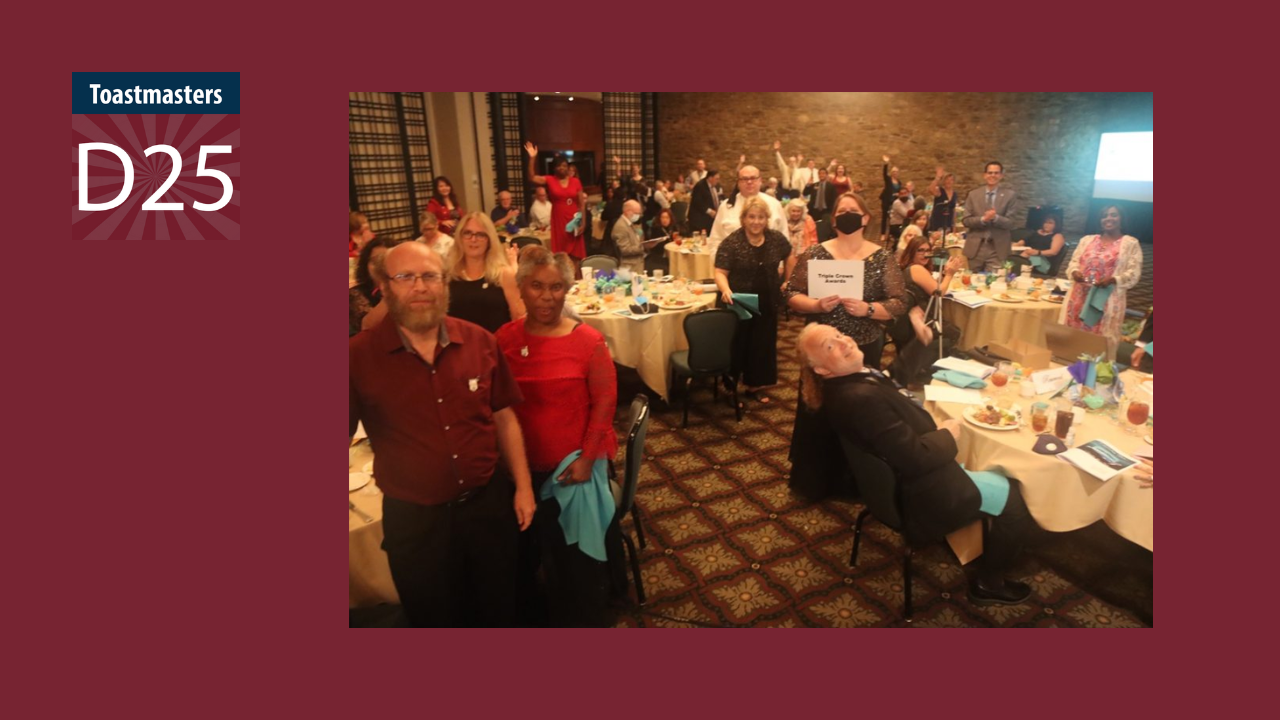 I am new to Toastmasters. I’ve been a member for less than three months. Even so, I decided to attend the Banquet. To be honest, I wanted to attend the banquet for purely selfish reasons. Like many people, I have been feeling isolated because of the “lockdown” due to the Covid-19 Pandemic. I saw the banquet as a way to get what I have been craving for a while; human contact. When I went online to purchase a ticket, I saw that they were all sold out. However, it was still possible to get a ticket if I was willing to pay a higher price. I don’t have a lot of money, but I decided that I really needed to be out in public with people, so I did it. I’m really glad I did. It was worth it.  What I had in mind when I decided to attend was not what I got. I got something so much more. About thirty minutes into the program, I was touched by the stories of the members; how they have shown up for each other in hard times.

The stories of people I’ve never met. I was excited for the award winners and impressed by their accomplishments even though I did not know anyone there. There’s something very moving about a group of people who are willing to make sacrifices for others and put aside their own interests for others. It was great to see people who put in so much work and dedication being recognized and honored for their hard work and efforts. It was inspiring and reassuring for me to see. I suddenly realized how important it was to give back to people and to contribute to an organization such as Toastmasters, which has given so much to others. I started thinking about how I could help other people.

I was really impressed with the list of accomplishments of the various groups and individuals who are represented all over the district. It inspired me to continue on the path that I have chosen in Toastmasters. I chose the “Innovative Leadership” pathway. I wanted to challenge myself. Although the speaking aspect is the most appealing part of the program for me, I have wanted to grow in the area of leadership.

The reason I joined Toastmasters was to find an outlet to express my thoughts about things that I feel very strongly about. I love the idea of having the ability to express yourself publicly. I feel that it is an essential skill to have in order to develop yourself as a person. I think that it should be part of the high school curriculum. But after signing up for the program, and finding out there was more to Toastmasters than speaking publicly, that growing and developing as a leader was the ultimate goal,  it opened up my thinking. I begin to think about the value of leadership more.

If you have never attended a banquet but you think you know what it’s all about, you might be pleasantly surprised. You might get more out of it than you think.