And You think I can be Taught? One member’s Insights into Pathways “Intro to Mentoring” 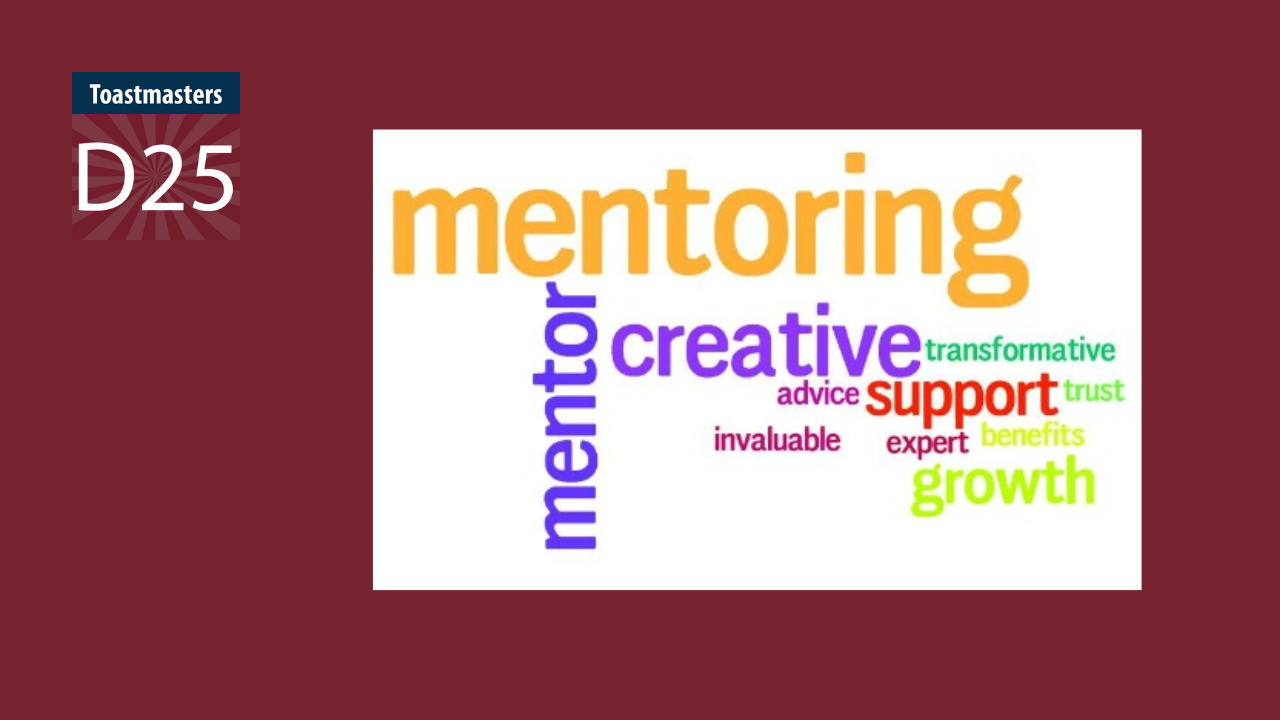 Why did you join Toastmasters? Admit the truth! Did you need an excuse to get out of the house and widen your social circle?  Or did you want to improve your skills to advance your job performance? Well, I fell in neither of those categories. I didn’t join Toastmasters to meet people or to learn anything. I was SENT BY MY BOSS.

I’m probably like a lot of you. I started out as an individual contributor or worker bee with one or two skills. I added more tools to my tool kit and had assignments with increasing levels of responsibility. Does that sound like ‘resume’ speak for, ‘I moved up the ladder slowly and hoped I hadn’t reached my level of incompetence.’?

I thought I had arrived. I was a Project Manager and I was darn good at it. I liked my job and people seemed to like me. And then there was my boss. She said I did a GREAT JOB leading my project team meetings and getting along with my peers, but when it came to reporting status to the one-over-one boss or the CIO, I TALK TOO MUCH! Apparently, when I spoke to senior management, I told them what I found interesting, not what they were interested in.

My boss not only spoke to me about this deficiency, but she put it on my annual review in a constructive manner. She didn’t write that I talked too much, but rather that I would ’benefit from self-development and Toastmasters would be a good venue for that. My boss really had a way with words.

So, I said, “Great idea, boss!’ and I joined Toastmasters. Now 8 years later, I am still at it, because I am still learning. I’ve just finished up the Pathways learning project on Introduction to Mentoring. I have to admit, I didn’t hold high hopes for the module. I thought it was going to be more touchie-feelie new-age pablum.

Little did I know, I had been the beneficiary of Toastmaster’s mentoring. I didn’t understand how mentoring worked before working through this Pathways module.

I’m a tech person and can handle only a limited amount of ‘let’s be nice and supportive and gentle advice. In fact, anyone who knows me on the job knows I am like a bloodhound. I keep going and pushing until I get what I’m looking for. In case you think I’m obnoxious, I am not. I’m persistent!

This brings me to my latest Pathway project, an Introduction to Mentoring. Apparently, there is a difference between MENTORING and COACHING and I didn’t know it.

I found out that I have been on the receiving end of both great coaches and great mentors.

I’ll start with my boss who sent me to Toastmasters. She coached me and I did learn from her.

Picture this. She had an employee who kept getting assignments with ‘increasing levels of responsibility, but she never knew if she could trust me to attend a meeting with senior management unsupervised. Apparently, I was a bit expressive and unpredictable. So, my boss coached me every time I had to deliver a report to a senior leader so that she and I would emerge alive and unscathed.

She gave me the report parameters

Then I joined TOASTMASTERS and the mentoring started with my ICE BREAKER speech. I survived my first speech. I was so comfortable talking, that I thought I didn’t have to prepare my delivery. My club-mates and evaluators were kind. They provided such gentle feedback.

Bit by bit over the course of a year, I integrated all the feedback until it was automatic. I spoke louder. I paused more. I picked the right story for each audience and I stopped running overtime on Table Topics and prepared Speeches.

The Toastmaster’s mentoring that I received paid off at work. My business web conference presentations became more focused. When a colleague ran over time and I left me with only 5 minutes to deliver a 15-minute pitch, I could do it! My boss stopped asking to review my pitches before meetings and she started delegating presentations to me.

Some of the Toastmaster ‘learnings’ sound on the surface like common sense platitudes but the iterative encouragement and feedback from my club mates, my real mentors, changed me and enabled me to succeed at work. The ironic thing is that I am an IT geek and no one in my home club was in IT. My Toastmaster colleagues, who know nothing about my job responsibilities, provided the best mentorship for my job.

Now that I have worked through the Pathways Introduction to Mentorship project, I can reciprocate and be a mentor on purpose for others.

Thank you to Toastmasters. Thank you for the Mentorship module!