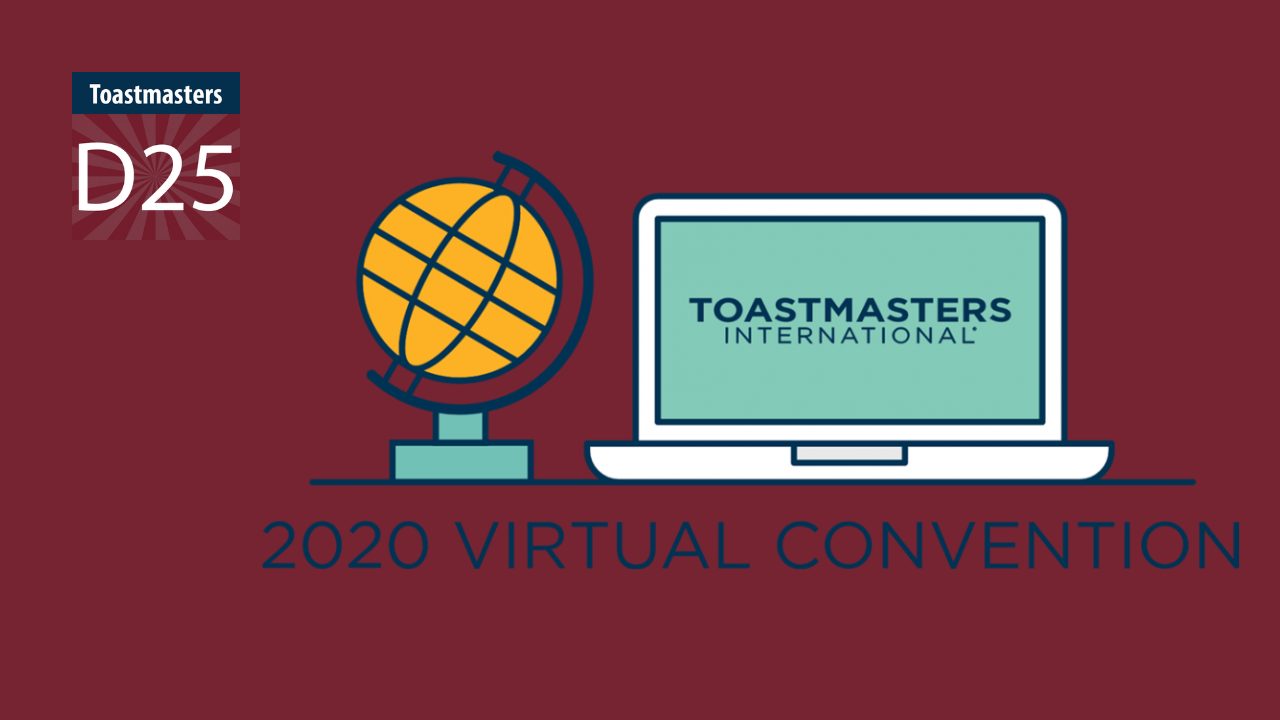 I sat in front of my computer anticipating the opening ceremony of the Toastmasters International Convention. The big question: would a virtual convention be engaging?

I love the parade of flags. I had my American Flag displayed and I’d decided to wear red, white, and blue.  It helped put me in the “convention mood.” The keynote speaker was awesome! It was then that I decided that although this convention would be different than the last seven I attended, it could still be an experience to remember.

Being virtual and available across many time zones, the main events, education sessions, and speech contests were recorded.  That allowed a motivated Toastmaster (like me) to attend EVERY educational session and as many events as one could manage each day. In prior years, education sessions and speech semifinals ran simultaneously. Thus, by default, some sessions were missed.

The business portion of the convention was streamlined.  Having the Board of Directors Briefing, Candidates Showcase, and the Business Meeting virtually available to all members gave everyone the unique ability to see what is happening at the International level.  Every club’s vote DOES make a difference!

Although I missed talking in person to Toastmasters from around the world, the 2020 International Convention was a positive experience.  I felt connected, cheered for D25’s contestant in the semifinals, gained new skills, and was re-charged to “Run My Marathon” for another year.  The week was economical (free!), educational, and motivating!

I’m already anticipating the next convention in August 20