On September 25, BNSF Toastmasters and BNSF Expressed Toastmasters partnered together to staff our very own Toastmasters’ booth at the 2015 BNSF Family Day. We were able to meet BNSF employees and their families to spread the word about Toastmasters, handing out literature, toys, and novelties.

The booth also held an Impromptu Speaking contest, in which 12 contestants competed to see who had the best impromptu speaking skills. Our winners were Darryl Bates, who took first place, Brent Perkins, who took second place, and Joseph Santschi, who took third place.

Big thanks to Toastmasters Janet Bates and Suganth Baskaran, who hosted the booth committee. 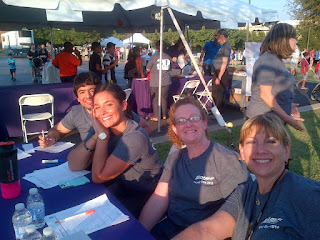