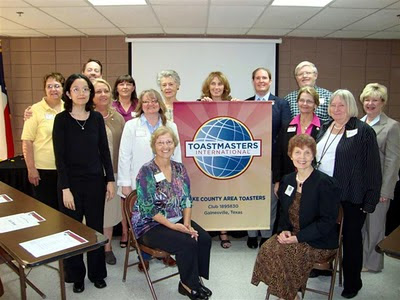 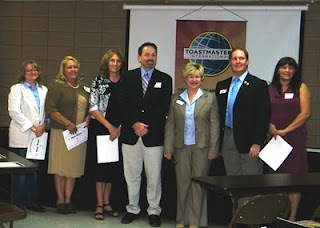 Patton and Martin
presented the Charter Certificate and the club’s new banner to President
Orland Woodard. We were the second club in the
District to receive the new banner since the rebranding. The club also
received
a lectern. 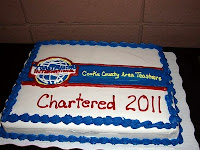 Cooke County Area Toasters is grateful to its officers
and members and these District 25 members for their perseverance and
dedication in gaining a club charter for the Gainesville and area
communities.