I would like to share some of my memories of the 2011 Toastmasters International Convention with you the members of District 25. Several members of our District were able to attend the convention and share in some proud moments for District 25. 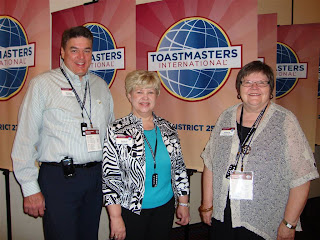 Bonne Stroman, Dean Lampman, Earl Hill and I began our trip to Las Vegas ahead of the convention crowd on Sunday, August 14, 2011. Our training on Monday and Tuesday was action packed with lots of long days filled with incredible sessions shared with other District leadership teams from 116 countries around the world. We received our new District banner on our first day of training. 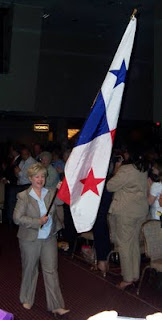 The convention officially opened on Wednesday, August 17, 2011. I was honored to be a flag bearer in the opening ceremonies. It is something I will always remember. 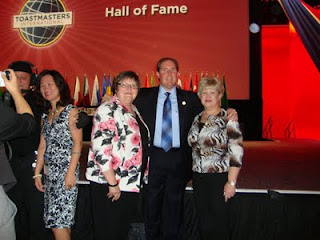 Thursday morning at the Hall of Fame, friends and fellow members of District 25 proudly carried our “Distinguished District 2010-2011” banner across the stage as David Martin, Bonne Stroman and I accepted awards on behalf of each member of District 25 for their accomplishments. 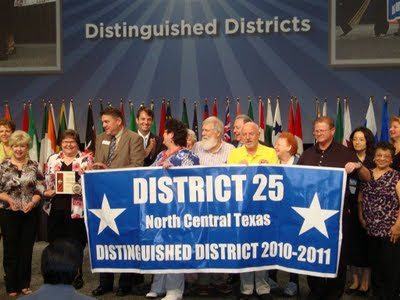 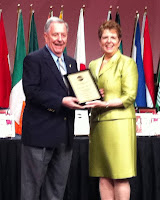 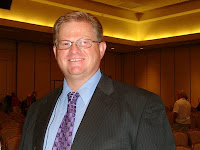 Friday was the day for International Speech Contest semi-finals. J. Loren Norris proudly represented our District. He did an incredible job. Friday evening we gathered with fellow District 25 members for dinner. It was a great evening. 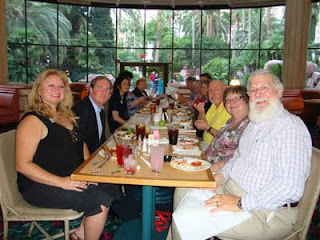 One of our own, David McCallister, Past District Governor, made us proud as he campaigned for International Director for Region 3. He is now a member of Toastmasters International Board of Directors. He and others are working diligently to execute the 5-year Strategic Plan put in place in 2010. 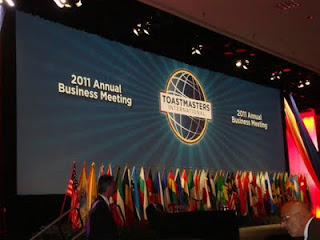 Even though we may have been tired by the end of each day, the memories will last a lifetime. My goal is that each member of District 25 achieves his or her full potential as a communicator and leader during the 2011-2012 Toastmaster year and beyond. I would love to see 50 members of District 25 on the stage at the Hall of Fame in August of 2012 carrying our banner with pride across the stage.